A Palestinian suicide bomber detonated nail-studded explosives on a bus full of Israelis in the port city of Haifa Sunday, killing 15 people, just hours after Islamic militants set off deadly explosions in downtown Jerusalem. The two suicide attacks and a Gaza shooting killed 26 people – many of them teens – and injured nearly 200.

How long has war been going on in the mideast and why don't more Americans care? Is it because these people live way across the sea? Is that it? When Columbine happened, I never heard the end of it in the news and that was one incident. People die in the mideast every day due to causes worse than mere shootings. Where's the outrage? Where's the sensational 24 hour news coverage? There is none. We feel bad for the people involved for a coupla seconds and then go watch Friends. Let's face it – Americans are selfish. God forbid we put away the flags for a minute and treat human beings like human beings. Oh and I refuse to believe that American apathy stems from a desensitization to violence. I still see people squirm at the movies when nails impale a character's head.

In the early 90s, the Singapore government caned American Michael Fay for tagging. Basically, he broke Singaporean law. If a Singaporean tagged a bunch of places, he or she woulda been caned too. Yet, America was up in arms. "Pardon Michael Fay!" For what? Being American? What makes us better than every other country in the world? What makes American lives inherently more important and more valuable than anyone else's? I guess the luxury of going to Starbucks and not having to worry about suddenly being blown to pieces. Fuck. I hate to support Amnesty International, but Americans really do suck. We're spoiled ignorant brats with no right to be as cynical as we are. And that's all I have to say about that. 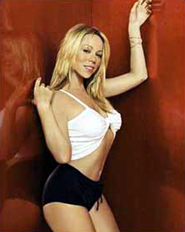