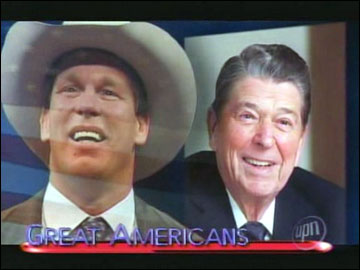 A Not So Great American

Two young people have died in Idaho, each suspected of trying to catch a buzz by cutting off the blood supply to their brains. Also in recent weeks, a college student in Kentucky and another youth in Michigan have fallen to their deaths while "surfing" atop moving vehicles.

Dangerous activities like these aren't new, but experts say today's teens are increasingly likely to try them — and to take more risks than previous generations.

"Parents need to be aware of what teenagers are doing so they can talk to their kids," says Jennifer Collette, a mother in Valparaiso, Ind., whose daughter played the choking game with friends at a neighbor's house last December. Her daughter, now 13, didn't pass out, but the choking — done by a 17-year-old boy — caused blood vessels in her eyes and face to burst.

"She was pretty scared, and she said she'd never do it again."

Perhaps common sense isn't as common as I thought.