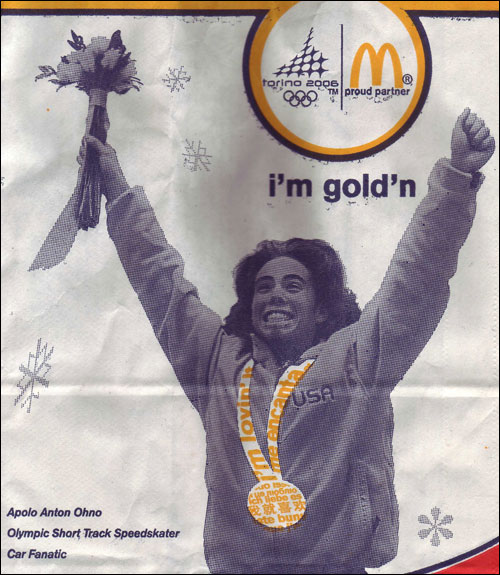 Not sure why McDonald's replaced the "e" with an apostrophe. Urban spellcheck, I suppose. 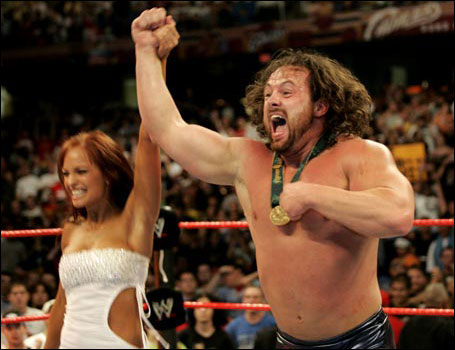 Of course, the medal around Eugene's neck isn't made of international translations of "I'm lovin' it." 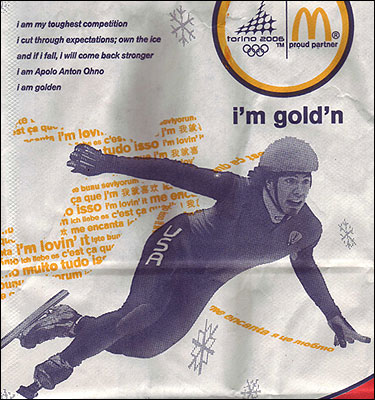 Apparently, he casts a shadow of the same linguistic substance as his medal. Either that or he has a doppelganger — a Dark Link, if you will. Gold'n Ohno.

Close-up of the copy: 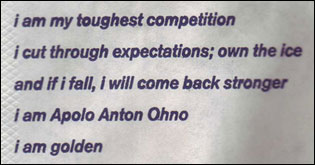 Technically, he's only half-golden (no apostrophe?). His mother is white.

Know what that copy reminds me of? 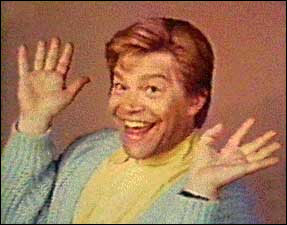 For the record, I don't eat at McDonald's. It was late, I wanted ice cream, they sell decent dollar sundaes. End of story.