How was your weekend? Do anything interesting?

I bailed my 54-year-old father out of jail. 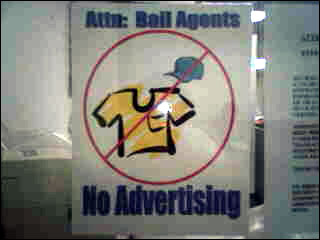 I also figured out how to use my mobile's camera.

Why did the Santa Clara County District Attorney send three police cars to arrest my father?

Because he was the victim of a hit-and-run.

From what I understand:

My father was in a rush to pick up my brother when some woman hit his car.

The two drivers pulled over to survey damage. Her car was fine. My father's was not, but he decided to just eat the cost of repair and sped off.

Well, the woman called the police, and an officer interrogated my father. Because my father didn't bother to exchange information, the officer concluded that my father hit the woman's car and ran.

"This is $1000 worth of damage. Why wouldn't you exchange information if she hit you? Must be because YOU hit her…"

Didn't help that the woman claimed that my father hit her and ran and that a witness could corroborate her story. The witness, however, was her daughter, a passenger in her car at the time of collision.

My father's insurance company ended up paying the woman $1000. While the money shut her up, my father still faced a serious hit-and-run charge.

Which brings us to this past weekend…

Reaffirms your faith in humanity, no?

+ Outrage over movie depicting the fictional assassination of George W. Bush
+ Washington hit by curse of the kid bloggers