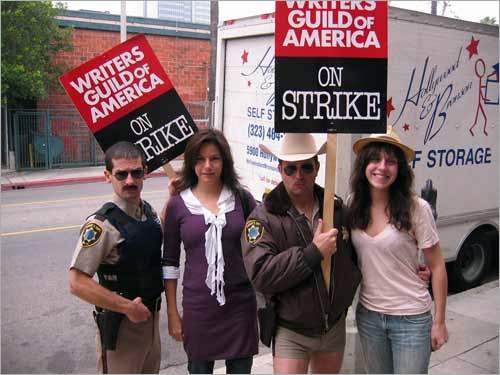 Union of The State

» The seventh season of 24 is being postponed to ensure that "Day 7" can air uninterrupted. [source]

Lost may be in the same boat.

» The Office Is Closed. There will be no more shooting. Steve Carell informed NBC he is unable to report to work because he is suffering from "enlarged balls." [source]

» CBS is getting ready to air Big Brother 9 in late January or February. The next edition might use celebrities. [source]

» Still on for 2008: American Idol 7, Top Chef 4: Chicago and the final seasons of The Wire and The Shield.