The dance floor at a hipster party looks like it should be surrounded by quotation marks. While punk, disco and hip hop all had immersive, intimate and energetic dance styles that liberated the dancer from his/her mental states – be it the head-spinning b-boy or violent thrashings of a live punk show – the hipster has more of a joke dance. A faux shrug shuffle that mocks the very idea of dancing or, at its best, illustrates a non-committal fear of expression typified in a weird twitch/ironic twist. The dancers are too self-aware to let themselves feel any form of liberation; they shuffle along, shrugging themselves into oblivion.

• Hipster: The Dead End of Western Civilization
• Rating The Anagrams of Recent Bands/Albums That Have Been Reviewed At Pitchforkmedia.com
• a pilot for a "celebreality" series following wrestler Kurt Angle
• Ludacris releases song titled "Politics: Obama Is Here"

Put me in office, make me your Vice President
Hillary hated on you, so that bitch is irrelevant

Obama issued a response today, stating: "Get out my business, my bizNASSS! Stay the fuck up out my bizNASSS!"

I stumbled upon the MySpace page for the band Sky Eats Airplane.

So I was driving behind a minivan today that had those stick figure family decals on the back window.

Can you imagine a polygamist's car? That is a lot of stickers. [source]

What happens when parents divorce? Stick daddy re-locates to the opposite end of the window. With the stick dog.

Susan Smith's boys:
"Mommy, how much longer to the lake?"
"10 minutes."
"Hey, what happened to our stickers?"

How about Calvin peeing on a stick figure family?

I almost wrecked my car today because my head was elsewhere.

Odd that Australia is the fattest country in the world, because all I ever hear is how athletic Australia is. They love sports! They're so active! Thorpedo!

Taiwan should fight Madagascar on the undercaOH SHIT!

When my car doesn't drive smoothly on the freeway, I begin to panic that it has a flat tire.

"Is this what driving with a flat tire feels like? Please don't be a flat tire. I don't carry a phone with me and can't locate the parking brake, let alone change a tire!"

Similarly, when my stomach doesn't feel right, I begin to panic that my appendix will soon burst.

I'm tempted to have my appendix removed just so I can rule out appendicitis as a possibility. 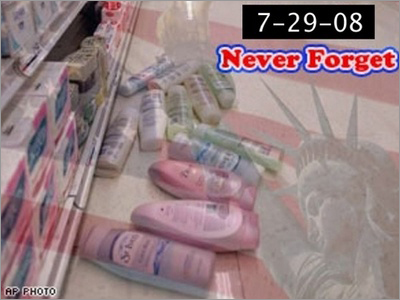