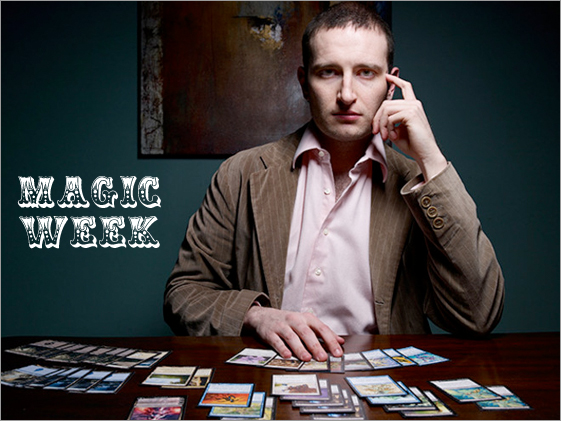 —did you ever play magic?
—I'm afraid that's one skeleton that is missing from my closet

—did you ever play magic?
—ive watched people play it
—my friends and i once agreed that "tapping your mana" is a good euphemism for taking a crap

—did you ever play magic?
—no
—but I was kicked out of the magic group at school
—probably because I didn't play magic
—just made fun of them the entire time
—they airbrushed me out of the yearbook photo

—did you ever play magic?
—… no. never. not for a year in 8th grade that I don't want to talk about because it's embarrassing.

—did you ever play magic?
—no
—I did play the Star Trek Collectible Card Game

Back in the day, I watched friends play but never cared to participate.

When I heard that Wizards of the Coast was releasing a new card game from the creator of Magic, however, I wanted in on the ground floor.

Forget Magic, I thought. I'm-a be the cool kid at school who plays Jyhad.

I spent like $100 on a Jyhad starter deck and booster packs.

No one else I knew adopted Jyhad, leaving me a bunch of cards for a stupid fantasy game that I couldn't play.

Remember, this was pre-Internet.

I asked Ben, who "played religiously for 8 years" and "attended a pro tour for fun," to share a Magic story or two.

• Tucker Max's Movie Script
"It opens with Tucker Max fucking a deaf girl and screaming 'DON'T TAZE ME, BRO!.' It is that bad."