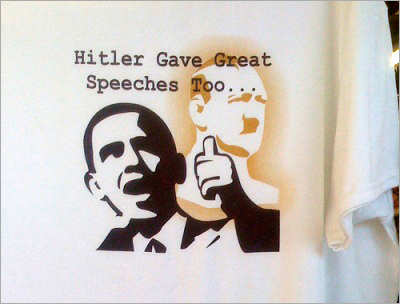 When in doubt, compare people you don't like to Nazis.

Not to discount the atrocities committed by the Nazis, but overuse has emasculated Nazi analogies. They faze barely anyone anymore! 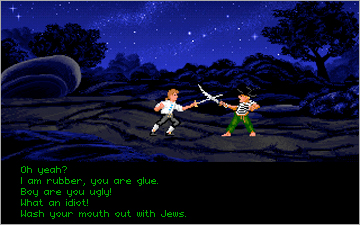 Wish I lived in a small state like Wyoming so my SportsNation vote would count more. Could really make my mark out of the 35 votes per poll. [source]

The problem with ESPN's SportsNation polls is that the majority of the voters are total homers, so you never gain any real insight.

If the question is Which BCS conference is the best?, the results map will undoubtedly look like a regional coverage map – western states vote Pac-10, southern states vote SEC, et cetera.

If the question is Who will win the 2009 NBA Finals: Lakers or Thunder?, Oklahoma will undoubtedly defy all logic and vote overwhelmingly for the Thunder.

The California government loaned $29 million to the developers of a bullet train system which would link all major cities in the state.

If it's anything like our existing rail systems, it'll stop running at fuckin' midnight.

All rail systems should offer at least one 24-hour route.

I saw a Prius with a bumper sticker that read: "Save a tree, drive a Prius."

How does driving a Prius save trees? I'm no biologist, but don't trees naturally absorb and filter pollutants emitted by cars?

You want to save a tree? Buy a Kindle. Use a bidet.

• Sex spray could help men who ejaculate prematurely
• A Wearable Robot Chariot
• OK, Fox News has to be parodying itself now?