The Nine Most Shameless Aspects of Transformers: Revenge of the Fallen

There are two robots in the film called Mudflap and Skids, and despite being red and green, respectively, they are voiced in a way that clearly designates them to be the "black" robots. Also, Skids has a gold front tooth (no, I'm serious) and both cannot read.

Change you can believe in. 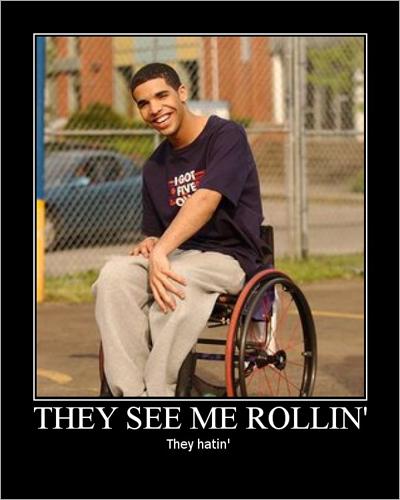 In the summer of 2006 [Trailer Park Boys' Mike Clattenburg, Jonathan Torrens and Robb Wells] made this mini pilot called DICKS.

I'd like to call DICKS on a messr Chad Paulson.

Tytol will help you get your Zs.