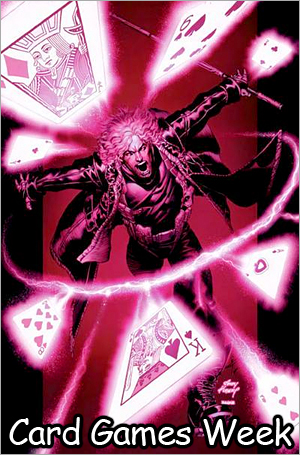 War, like actual war, is good for absolutely nothing. It's one of those familiar games that no one ever plays, like Sorry!.

You'd have to pay me to play War.

…and even then I wouldn't play it!

Previously on Adam Riff™:
Casino War is a diabolical table game. It's easy to play and looks fun, but the house inevitably cleans you out.

Because all you need is a card higher than the dealer's to double your wager, no one ever quits while they're behind – or while they're ahead, for that matter.

To quote Herm Edwards: "You play to lose the game."

Like a card game snack mix, Egyptian Rapture incorporates elements of War, Slapjack, Spoons et al., which you can adjust to your liking.

In the summer of 1995, I became obsessed with Egyptian Rapture, spending my free time at summer school playing it, and my free time at home conceiving 20+ variations of it.

I tore up my room in search of the full (laminated) list to transcribe for this post, but frustratingly could not find it.

I did, however, find a jar of my saliva that I collected over the fall of 2000 on a whim.

I thought I'd disposed of it four years ago.