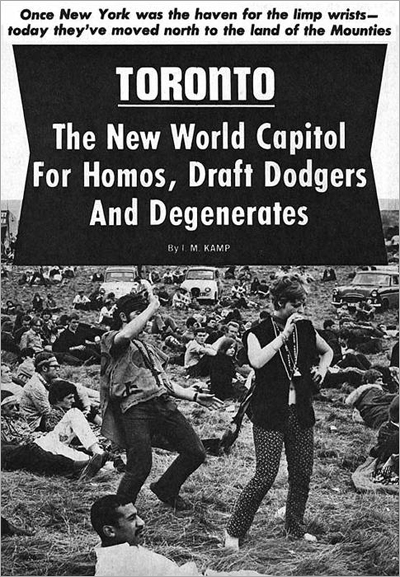 » Across the street from my hotel is a Christian mission beside a gay strip club.

To reduce the volume of plastic bags and encourage the use of reusable bags/bins, retailers in the City of Toronto will be required to charge a minimum of 5 cents per plastic bag requested by the customer at checkout, as of June 1, 2009. [source]

» Five cents is an ineffective surcharge. Ban or die!

The "eco bags" I saw people carrying are the same shitty bags you get at trade shows.

» I saw this ad in a 12-page Globe and Mail report on private schools: 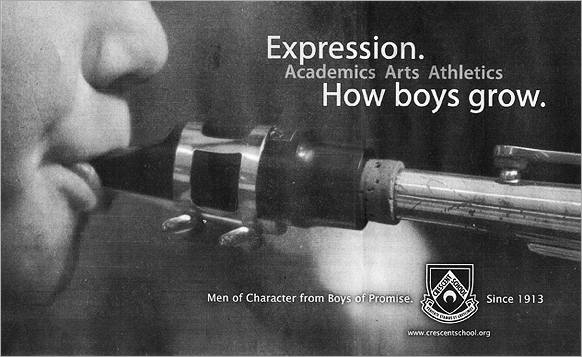 » I read about Diana Thorneycroft's "Group of Seven Awkward Moments" art exhibit – photographs of dioramas set against landscape paintings by the Group of Seven. 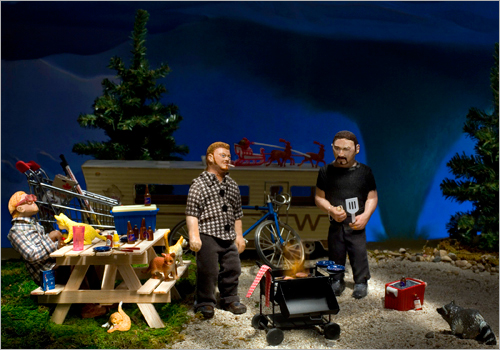 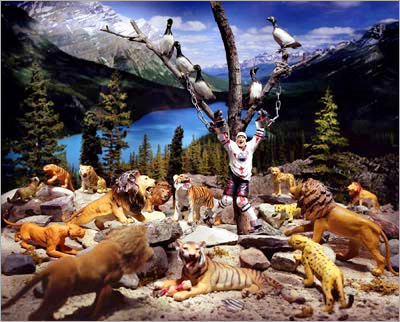 "Martyrdom of the Great One"

» Battle of the Blades is a Canadian spin on Dancing with the Stars that pairs former National Hockey League players with figure skaters.

George Snuffleupagus. Ha! I kill me.

» AMC and Bravo are available in Canada, but Mad Men is only viewable (legally) via iTunes, and Top Chef airs on Food Network. International television distribution rights hurt my head. 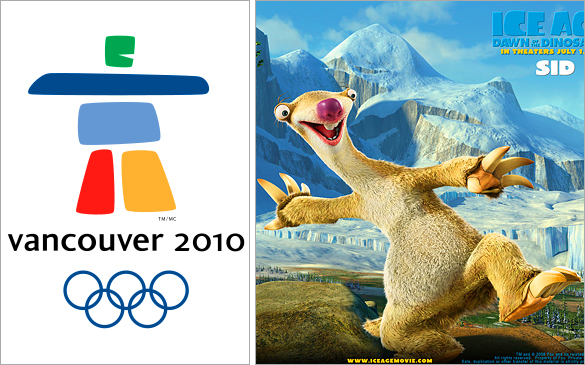 • Pics: Six Flags under water in lethal Georgia floods
• a visualization of the contiguous United States, colored by distance to the nearest domestic McDonald's