If Tony was the subject of a biopic, I would cast Jim Parsons to play him.

The people in this car as Big Bang Theory characters:
Tony = Sheldon
Wilcox = Leonard
Erin = Penny
Me = Howard? I don't want to be Howard…

"Wow, a Walmart closed."
"Enn emm. It just re-located across the interstate."
"Walmart's logo reminds me of how lions begin eating prey from behind. They lick the anus and then tear apart a sometimes feces-ridden rectum."
"Ah." 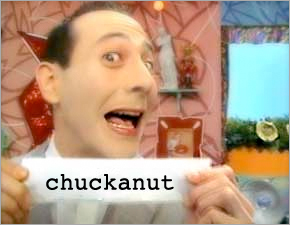 The only way downtown is through residential streets? Who designed this city? Oak Street is like a second border crossing.

"You shouldn't have handed Tony that bottle of Purell at the petro station. It's [ahem] like he's walking on sunshine."
"Heh. He's got a fever, and the only prescription is more Purell."

Vancouver, BC: The Cascade Room

Robert said this is a hipster establishment, but…three children sitting at the bar. The menu is written on a chalkboard, though.

Much better than the first movie.

Alex Lifeson of Rush plays a policeman undercover as a transvestite prostitute.

"Fucky" as a derogatory name – I love it.

The trailer for Youth in Revolt spoils all its best moments.

I'm pretty sure the youth sitting behind us were all stoned.