That's why they get paid the big bucks. Loosely applied logic.

There goes any chance of them wearing their Baltimore Bullets throwbacks. 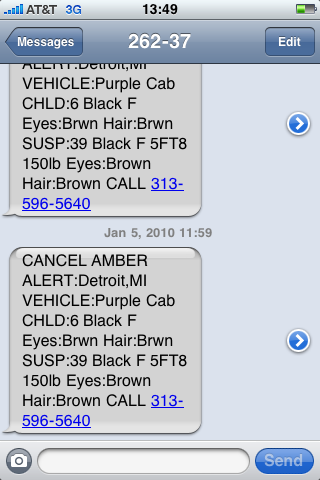 Fine, I'll be the one to say it: I want to know if these people are found alive or dead. One word! That's all I want. Just saying "cancel the alert" is much too ambiguous.

I wonder if this could be used carte blanche to assault strangers with similar traits as the abductor.

"Check it out. I'm labeling everything we're putting away for next Christmas."
"Slick move, Dad. When's the ISO 9000 banner going on the front porch?"
(Two Mississippi)
"…haha… Can you show me how to put CDs on my iPod?"

I never thought I'd long for the days when they'd ask me to explain the setup for the joke and then separately explain how the punchline worked.

Science's Prettiest Girl in the World