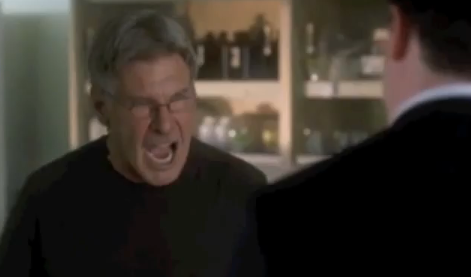 It has quickly joined the Pantheon of Quotes from Trailers that Supersede Interest in the Actual Movie/TV Show.

– "You'll get the money when I get my family!", Firewall
– "You're risking a patient's life!", House
– "You're a cop because (longer pause) you don't know how not to be one.", Southland
– "Ladies and gentlemen, I give you the center of the Earth.", Journey to the Center of the Earth 3D

I've often feared that my over-competitiveness would lead to lost friends.

"OK, how about 'Thing You Keep Hidden'?"
"I put 'birth certificate'".
"No fuckin' way."
"Really? REALLY?!? Because I have no idea where mine is."
"Really? I know where mine is."
"Sure you do."
"No, really. It's in a locked metal file cabinet."
(smarmier than previously thought possible) "Outstanding. That's amazing. So one could almost say it's hidden, huh? Thanks, buddy. I love when you prove my point. Thanks."

Since we got home we haven't spoken.

• Poop in the Pop
• The Nerdiest Sweater Vest in the World