Rope
One woman's love story with the rope next door. 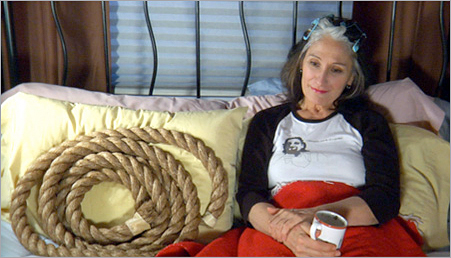 She falls in love with a rope.

Sundance is screening Tub, a short film about a man who impregnates a bathtub.

Did anyone else catch Saw on Bravo?

Gaspar Noé (Irreversible) will shoot his next film, a "pornographic melodrama," in 3-D.

Alvin and the Chipmunks: The Squeakquel is only $13 million away from matching the $217 million gross of the first movie.

Its screenwriter was formerly a Mossad agent.