KFC's Double Down sandwich is just an Atkins grilled cheese.

You can also order it with grilled chicken filets, which somehow sounds grosser.

An open-face Double Down is basically a diner entrée. Remove the bacon, change the sauce, and it's Chicken Parmesan. 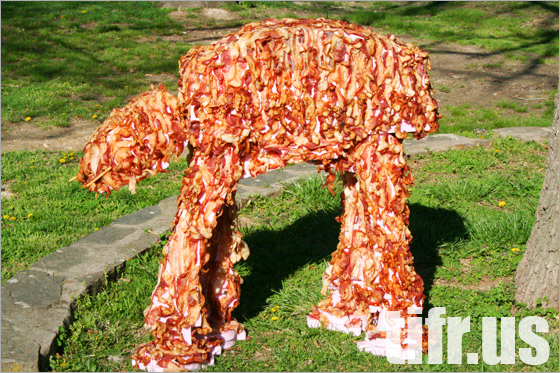