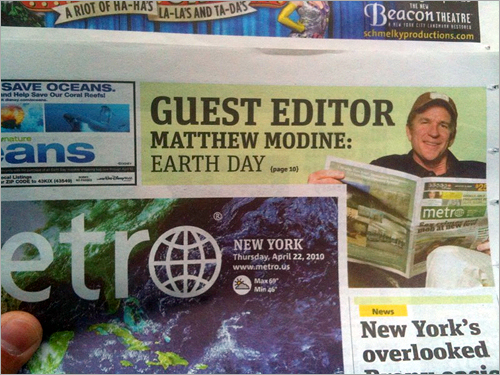 Metro is such a shitty paper. In Toronto, they literally can't give it away. Homeless people produce better papers.

When selecting a subway station ad design, marketers should ask themselves: "Which one could be defaced most hilariously?"

The 24-hour Best Buy in Union Square should simulcast midnight movies on all the televisions.