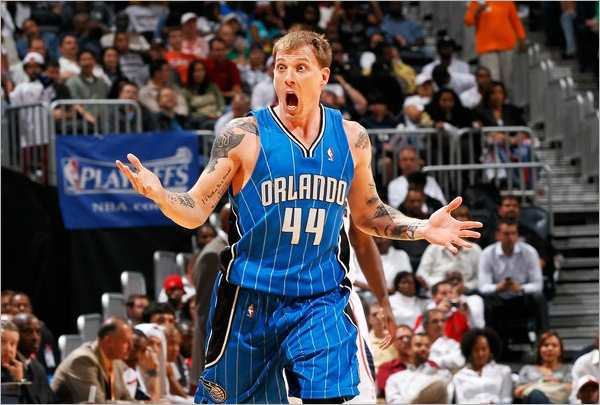 Jason Williams' tattoos perplex me. They are plastered on his body with seemingly no rhyme or reason. He looks like an office birthday card.

Williams' tattoos reportedly include: a panther, a dragon, "insane" in Japanese, a wolf holding a basketball, an eye (on his chest), and "white boy" (across his knuckles).

Meanwhile, A.J. Burnett's tattoos include: Bruce Lee, an Aztec symbol, a skull rosary, and "the guy from 300."

My first tat was a picture of me pitching. It's actually my delivery. It's covered up now, I got a Godzilla sleeve that covered it up. [source]

Idea: A reality show that follows the Stanley Cup's escorts during the NHL's off-season.