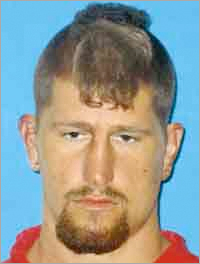 A cage fighter allegedly gouged out another man's heart and eyes after drinking mushroom tea.

Taylor Powell bled to death after his heart was removed from his body while still alive, according to his death certificate.

The body had the majority of its face removed, and an 18-inch incision in its chest cavity. Wyatt said he'd cut out Powell's tongue, and that he'd removed his heart.

Riese said that the act of mutilating Powell's body itself took a substantial amount of time and showed evidence of intent, and that the removal of Powell's face showed extreme, callous indifference.

Sooooo which one is it: Temple of Doom or The Last Crusade?