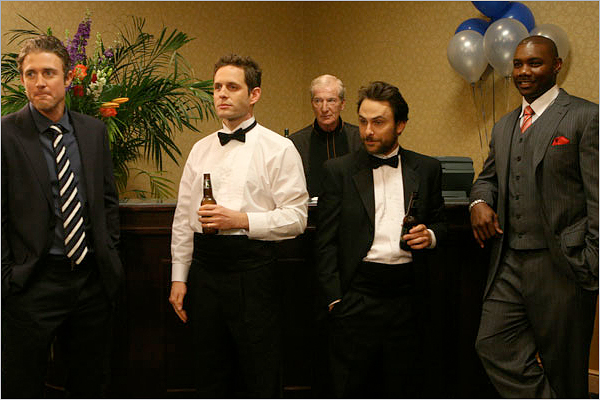 Utley and Howard join It's Always Sunny in Philadelphia

A few thoughts on the 2010 ESPY nominations:

Big Fan is nominated for "Best Sports Movie," but will probably lose to The Blind Side.

Werdum over Fedor is not nominated for "Best Upset," but Edgar over Penn is.

Where is Northwestern vs. Auburn (Outback Bowl) or Cardinals vs. Packers (wild card game)?

Best Name: Bastian Schweinsteiger (even if it translates into "pig climber from Sebaste")

• The 10 Best Pictures Of Mick Jagger Watching The World Cup