• For the first time, research shows that American creativity is declining. What went wrong—and how we can fix it.

In 1997, Ren and Stimpy creator John Kricfalusi paid tribute to UFC in a Yogi Bear cartoon that he directed and animated for Cartoon Network.

When I first turned in this scene to CN, they wanted me to cut it because they thought Yogi and Ranger Smith were having "relations." I explained that, no, this was an MMA style of fighting.

In 2002, Kricfalusi pitched a UFC reality show to Spike TV – follow Tank Abbott into bars. He also wrote Ken Shamrock into a Ren and Stimpy episode as Stimpy's Dad.

For nine seasons, Degrassi: The Next Generation titled episodes after 80s songs. As the series switched to a telenovela format for its 10th season, its first without any original cast members, the writers abandoned the 80s conceit for 90s and 00s songs. 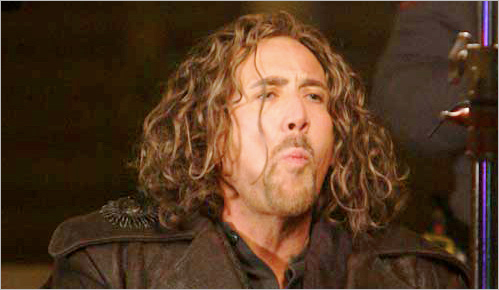 Mark Pellegrino (Jacob) will play the Herrick character in Syfy's adaptation of Being Human.

• Carl's Jr. Testing a "Footlong Cheeseburger"
• Drunkhungrybear Double KFC Drive-Thru 7-6-10
• 13 Useless Yelp Users, And How You Can Avoid Being One – A Field Guide