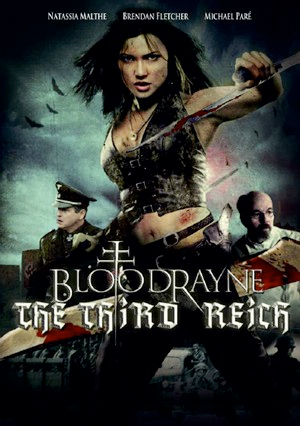 Rayne must defeat the Commandant and his vampire troops before they manage to get back to Berlin, where they intend to make Hitler immortal. [source]

Unbeknownst to me, this is the third BloodRayne film.

The town of Deliverance, Montana is expecting the arrival of the first Transcontinental Railroad in one week. Along with the railroad, however, arrives a vampiric Billy the Kid.

Using the railway, the 357-year old Transylvanian is building an army of cowboy vampires to take over the country and create a vampire kingdom in the New World.

I (rather unexpectedly) tip my hat to Uwe Boll. Lemons into lemonade. Send her to Woodstock next!