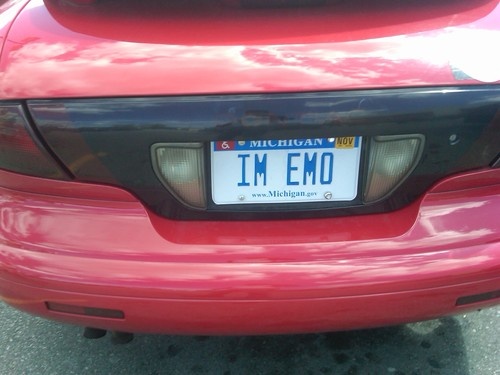 Because you're temporarily handicapped?

Somewhere in my storage closet is a Michigan license plate that reads THE ROCK. I still wonder how Jord obtained it.

In high school, I drove a Ford Thunderbird that my cousin Eddie drove while attending Cal in the eighties.

"Why does your license plate read 'winnie-win'?"
"It's WIN, I WIN, sans comma and spaces."

Edward was a confident golden bear.

At the same time, my mother drove a minivan with a license plate that combined the names of my brother Winston and I – JON WIN.

Most people read it, however, as "Jon Wins" in Engrish.