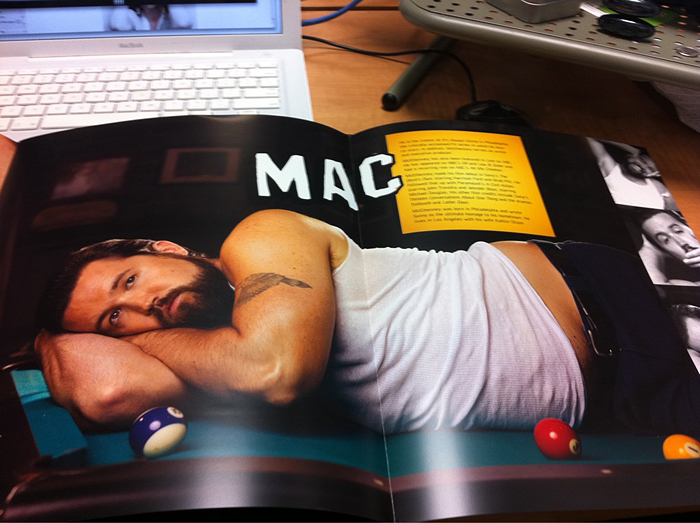 According to Sepinwall, Rob McElhenney originally wanted the gang to all gain weight.

I wonder what Steve Jobs' coffin will look like, and if he's already designed one. Unibody…

Idea: A podcast version of the VH1 show The List.

WGN is carried in Canada too? Its appeal to cable and satellite providers baffles me.