The Hunger Games, The Cabin in the Woods, The Avengers, Snow White and the Huntsman, The Expendables 2 – the Hemsworth brothers are ubiquitous this year. They are the Harbaughs of cinema.

Why did Cat Cora just pop in my head? 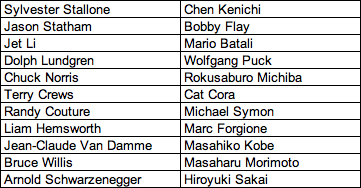 Not digging the title card typography.

Person in the front row: Everyone can see you using your smartphone.

Is that Harry Dean Stanton?

Evidently, that is a portal to Linkin Park's video for "In the End."

This would be more interesting if the portal unleashed all the creatures in The Cabin in the Woods. 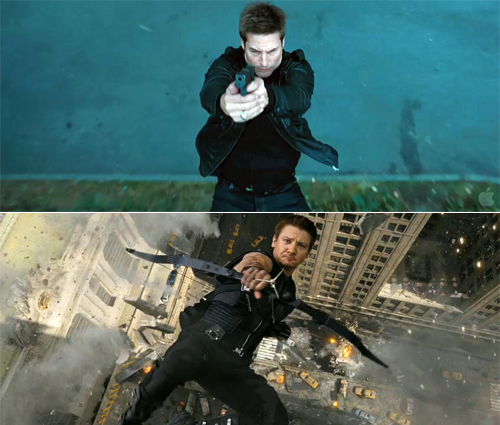 That pseudo tracking shot and that shot of Thor's hammer and Captain America's shield boomeranging were cool, but the action in this film has mostly felt inert.

According to Wikipedia, Loki is a SUPERvillain. Way to bury him. Vince McMahon would be proud.

Didn't Iron Man also fly into space at the end of Iron Man?

Thanos? I was hoping it would be M. Bison.

Chris Cornell will never write a song better than "Blow Up the Outside World."

This shawarma coda is mint. I think I'd prefer The Avengers as a sitcom. Six friends hang out regularly at a shawarma shop and banter…