As noted in the sidebar, The Wire, the "best television series ever made," premiered 10 years ago today.

1
Lance Reddick auditioned for the role of Bubbles before being cast as Cedric Daniels.

2
In season one, two detectives, Augustus Polk and Patrick Mahon, were assigned to the Barksdale detail. "Polk/Mahon" is homonymic with the Irish expression "pogue mahone" ("kiss my ass").

4
Only one police officer, Prez, ever fires a gun, and in each instance, he does so ingloriously. 1. He accidentally shoots a squad room wall while showing off modifications to his gun. 2. He fires at a housing tower after inciting a near-riot by drunkenly pistol-whipping a lad. 3. He mistakenly shoots and kills a plain clothes officer.

6
In S05E07, Richard Belzer cameos in a bar scene as Detective John Munch.

Belzer originated the role of John Munch on Homicide: Life on the Street, which was based on The Wire creator David Simon's book Homicide: A Year on the Killing Streets.

The character of John Munch was based on real-life Detective Sgt. Jay Landsman, who plays Lt. Dennis Mello on The Wire, and appears in said bar scene with John Munch.

There is also a character on The Wire named Jay Landsman, played by actor Delaney Williams.

Richard Belzer cameos as John Munch on both The Wire and Arrested Development, which are regarded, respectively, as the best television drama and comedy series of the '00s.

7
David Simon scrapped a fifth season that would have thematically been about Latino immigration due to narrative flow and the time required to research Latino culture properly.

Sociologist Sudhir Venkatesh blogged about watching season five with "a few respected street figures in the New York metro region" for Freakonomics. Alas, the thugs backed out before the final two episodes. 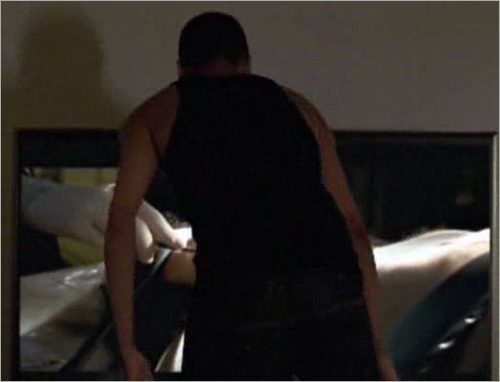 In the penultimate episode, Michael walks in on Dukie watching Dexter.

10
Of the 17 front-line Barksdale organization members featured in seasons one through three, 12 die and three are imprisoned with lengthy sentences. Slim Charles is the last drug trader standing, while Poot is the true last man standing, debuting in the pilot episode and surviving all five seasons, despite being shot at more times than any other character except Omar.