It was a thrilling hour of television, the opposite of last week's largely frustrating installment, which felt like we were somehow running in place even as we were racing across two continents. The amount of time spent in this one corner of the story made every moment feel bigger and richer.

The Dark Knight Rises is an hour and 15 minutes spent racing across two continents of story (toward which I was not frustrated; your mileage may vary), followed by thrilling "Blackwater."

I assume Heath Ledger's death forced Christopher Nolan to re-orient. I imagine an original conclusion à la The Silence of the Lambs, in which Batman needs The Joker's help to capture another villain.

No, haters, The Dark Knight Rises is not Nolan's worst film – Insomnia is.

When the bridges collapsed, I thought of Gridlock, a 1996 made-for-NBC film starring David Hasselhoff.

When the connection to Ra's al Ghul was revealed, I thought of Die Hard with a Vengeance.

And when Batman yelled "Tell me where the trigger is!" at Bane, it hit me.

The Dark Knight Rises may not be a marvelous comic book film, but it is a terrific season of 24. 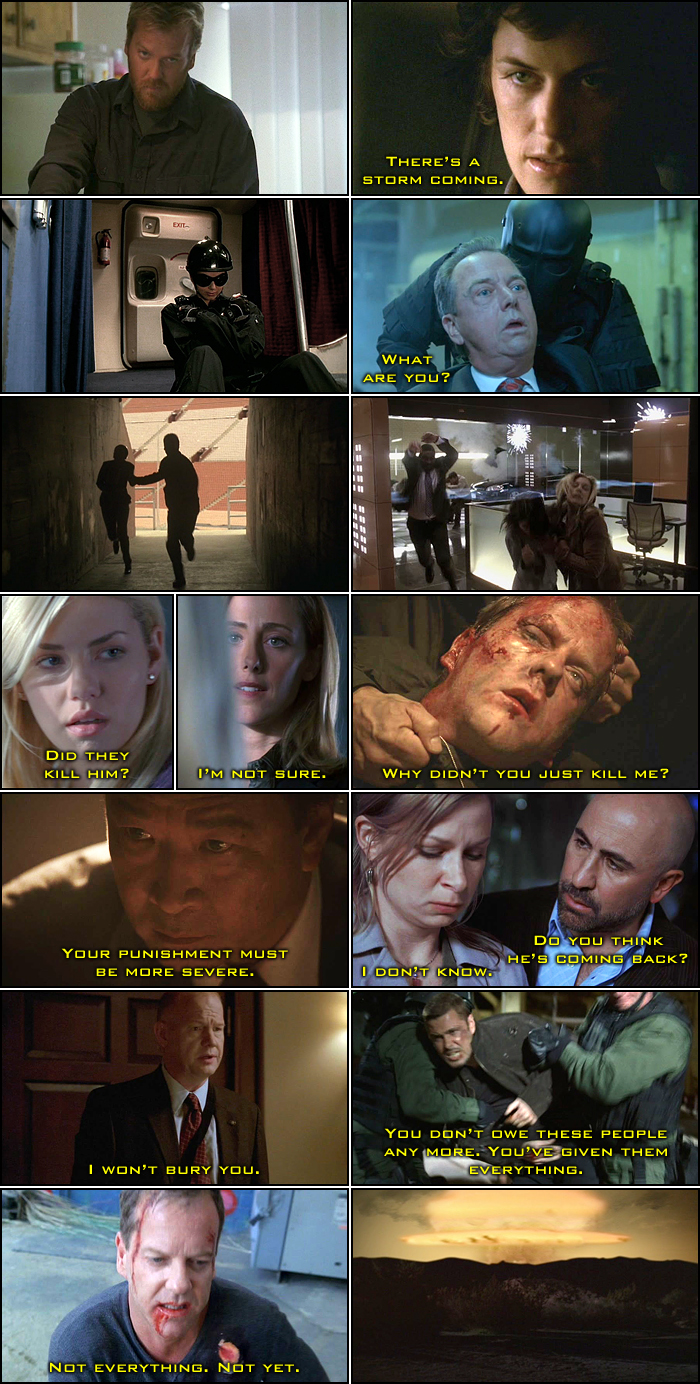 William Devane progressed from playing Secretary of Defense on 24 to POTUS in The Dark Knight Rises.

Powers Boothe regressed from playing POTUS on 24 to World Security Council member in The Avengers.

Next: The Dark Knight Rises (Micro)