Previously on Adam Riff™: "Your iPhone 5 order has shipped!" Of course it ships the day I leave home for 19 days. Of course.

I need to find a Starbucks.

How are there no Starbuckses around here?

[pause] Numbered streets with names defeat the purpose of a grid plan.

A New York Red Bulls youth soccer coach was killed Sunday, when a man slashed his throat and cut his ear off. Michael Jones died of stab wounds to his head, neck, and chest. He was found in a pool of blood.

One witness told CBS: "We thought it was a Halloween joke or something because his phone was there, so maybe if we tried to get his phone that he'll pop up or something."

The crime scene quickly became a tourist attraction with visitors snapping pictures of the puddle of blood, a gore-splattered iPhone, and the severed ear under a cup.

"It's kind of weird, but then again it's just kind of another day in New York," said Drew Fountain, 22. [source]

So this happened across the street from where I'm staying.

Times Square is too bright. My head aches.

Imagine being able to program every LED display in Times Square for one night. The music video you could create… 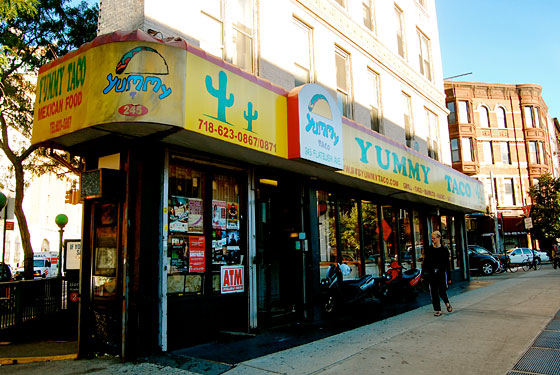 Is that logo for real? 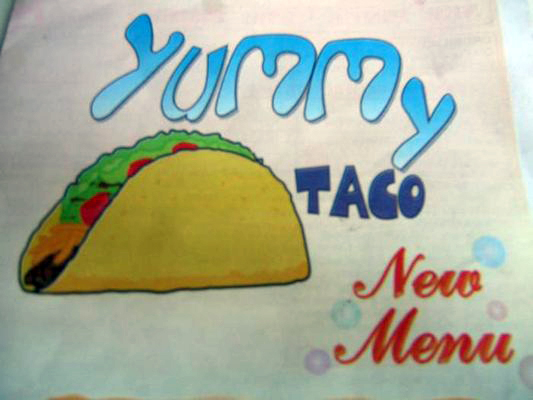 When it rains in Manhattan, you see people on the streets selling umbrellas. What do they do when it's not raining? When it's hot, you can switch to selling bottled water. But when it's just cloudy?

Idea (via Mike): A hotel with the rooms set up and decorated like memorable apartments from different television shows. It would probably have to be a suite-type hotel because of the space.

In the Dexter suite, complimentary blood slides are hidden behind the air conditioner.

I would book the Man's Bedroom.