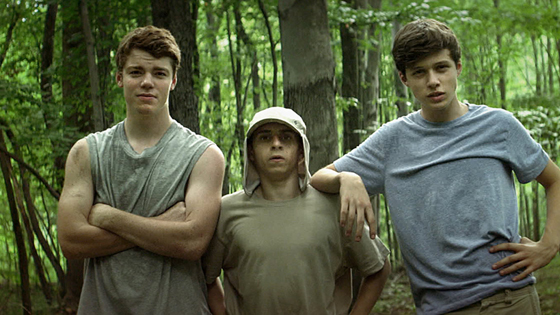 Three unhappy teenage boys flee to the wilderness where they build a makeshift house and live off the land as masters of their own destiny. Or at least that's the plan.

The thing about art made (or in this case, directed) by people you know is… what if it sucks?

In the first ever film adaptation of David Sedaris' work, a cocky young man travels to Oregon to work on an apple farm. Out of his element, he finds his lifestyle and notions being picked apart by everyone who crosses his path.

I would've guessed "SantaLand Diaries" as the first of Sedaris' work to be adapted, not some essay in Naked.

Alvarez previously directed Easier With Practice, based on a GQ article by Davy Rothbart (This American Life, Found).

Next: A Chuck Klosterman piece?

Kris is derailed from her life when she is drugged by a small-time thief. But something bigger is going on. She is unknowingly drawn into the life cycle of a presence that permeates the microscopic world, moving to nematodes, plant life, livestock, and back again. Along the way, she finds another being—a familiar, who is equally consumed by the larger force. The two search urgently for a place of safety within each other as they struggle to assemble the loose fragments of their wrecked lives.

The 1980 film Cruising, starring Al Pacino as an undercover cop investigating a murder in the New York City gay, leather, bar scene, was plagued with controversy, and its director was forced by the Motion Picture Association of America to cut 40 minutes of sexually explicit material. Those 40 minutes have never been screened publicly. James Franco set out to re-imagine what might have transpired in those lost scenes.

In mid-1990's America, we follow the tragic sex life of Jolie Jolson, a wannabe thug (and great-great-grandson of legendary vaudevillian Al Jolson) in suburban DC as he strives to become something he can never be – black.

From the director of Oldboy and the star of Fox's Prison Break! 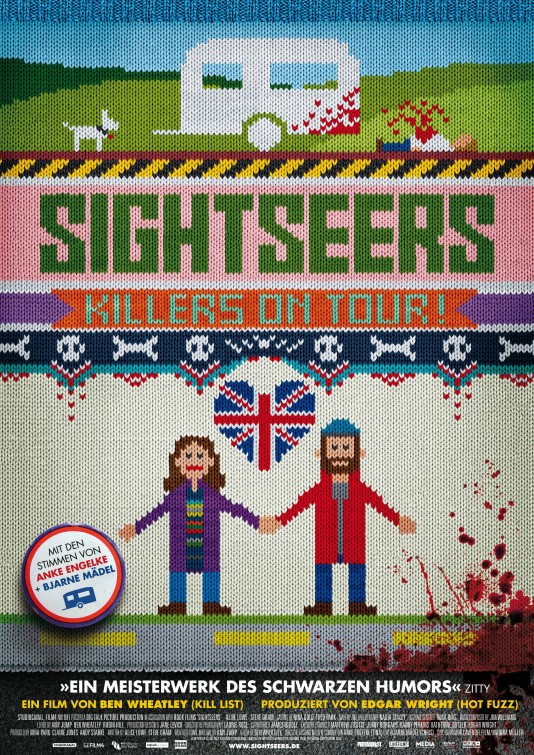 A nerdish holidaying couple semi-inadvertently embark on a killing spree.

Among other descriptions we've seen:

Starting in black and white, the film's aesthetic transforms over time, mirroring the cinema styles of each period (with a soundtrack that follows suit).

Michael Winterbottom directing Steve Coogan (see: 24 Hour Party People, Tristram Shandy: A Cock and Bull Story, The Trip) has yet to disappoint us.

Slavisa Pajkic, aka Biba Struja (Electric Biba) is capable of conducting electricity and he can consciously control its power while discharging it. Battery Man follows the inner and outer journey of a rural superhero in his attempt to discover what exactly happens in his body, but also to enter the Guinness Book of Records before he loses his power.