Idea: A weekly podcast that excerpts the best parts of the past week's podcasts – audio Talk Soup. 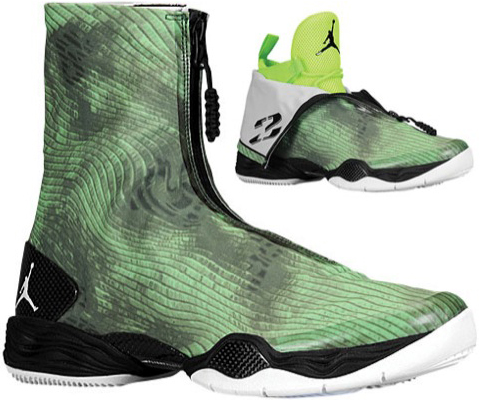 Oh the ankle part zips down. So your shoes have collars? Banana Jordans.

I'm surprised that TLC hasn't produced Extreme Sneakerheads yet, or MTV an "I am a sneakerhead" episode of True Life.

TRUE LIFE: I'M TOO BEAUTIFUL
Do you constantly receive compliments and gifts from strangers, but fear you outshine your friends? Do your friends not include you in nights out on the town because you steal the show?

TRUE LIFE: I HAVE DRUNKOREXIA
Do you regularly skip meals so that you can save your calories for nights of binge drinking? Are you concerned about your weight, but not willing to give up partying to live a healthy lifestyle?