Another animated film about auto racing? 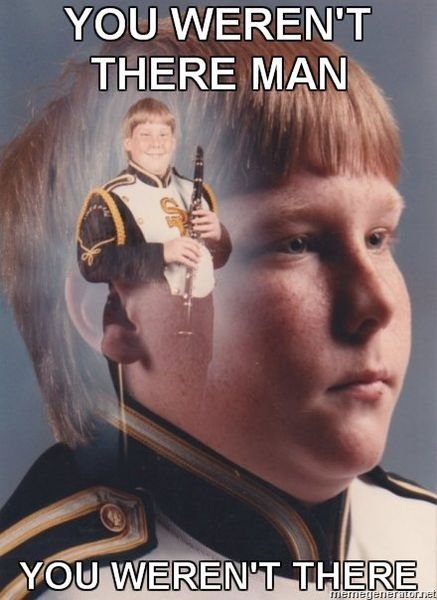 You know Clark's not human because he's watching a Kansas football game – against a WAC team, no less!

Man of Steel Marketing Idea: A mobile phone recording of this IHOP fight on YouTube.

Huh. Man of Steel partnered with Walmart to sell tickets, but Sears is the featured big box store in the film.

Boy, this is a lot of action. It's like Warner Bros. is compensating for Superman Returns.

Boy, this is a lot of collateral damage.

Idea: A Superman video game in which the objective is to destroy as much shit as possible, like Rampage or Blast Corps with characters from the world of Superman.

The Kansas football team that Clark was watching was ranked 12th. #12 Kansas played Louisiana Tech in 2008, weeks after The Dark Knight was released. Was that satellite part of Lucius Fox's surveillance system?

Mike: Was it me, or were there inconsistencies with the height of Superman's chest hair?

Man of Steel partnered with Carl's Jr., but Carl's Jr. is actually featured – and explicitly so – in This Is the End.

Are those ladies walking out? Yup.

I wonder how Tumblr will overblow this rape joke sight unseen.

You'd think James Franco's house would have access to the basement from inside.

When did Kevin rejoin the Backstreet Boys?

The producers needed Louisiana's tax credits to film what is basically a bottle episode?

Huh. They flew all those celebrities out to Louisiana for cameos.