Fuck! I drew the last day to select tickets. The screenings for the shiniest films will probably all be "rush only" by then.

[sigh] Do I have it in me anymore to waste three hours in a rush line to see a film?

Hey Jon, I know you booked on Airbnb two months in advance, but my neighbours complained about a recent guest and I grudgingly have to cancel your reservation.

Can you find another place to stay on short notice?

So the Alan Partridge movie and the new Spike Jonze, Coen brothers, and Alexander Payne films are skipping TIFF for NYFF — awesome. 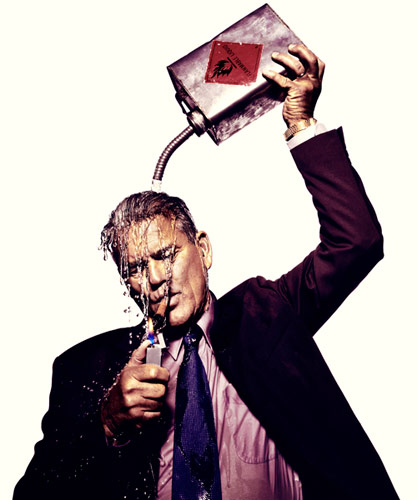 The Double
Jesse Eisenberg and Mia Wasikowska star in writer-director Richard Ayoade's updating of the famous Dostoevsky novella about a man who finds his life being usurped by his doppelgänger.

Enemy
Adapted from José Saramago's 2002 novel The Double, the latest from the Denis Villeneuve breathes new life into the doppelgänger tradition.

The Face of Love
Five years after the death of her beloved husband Garrett (Ed Harris), Nikki (Annette Bening) meets a man who seems to be his exact double.