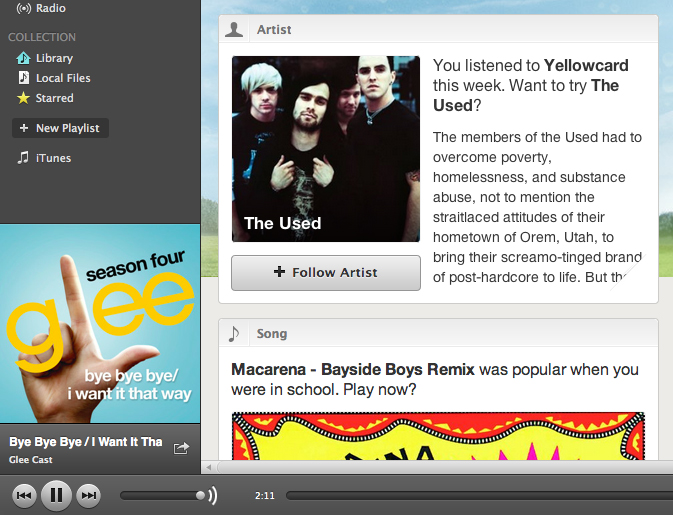 I finally got Spotify.

Jon: I was just curious to hear Ocean Avenue Acoustic!
Adam Robot: Sure…

There was increased security at the [Eminem] concert following 6 stabbings and 2 fatalities at a Swedish House Mafia gig at the nearby Phoenix Park in 2012. [source]

Horror Film Idea: Rave Danger. "At a Swedish House Mafia concert, no one can hear you scream."

"Based on a true story."