As he drove away from the airport, my [black] taxi driver switched the radio from Hot 97 to NPR.

I wanted to tell him, "You know, I like Rosenberg," but maybe he wanted to listen to Morning Edition? 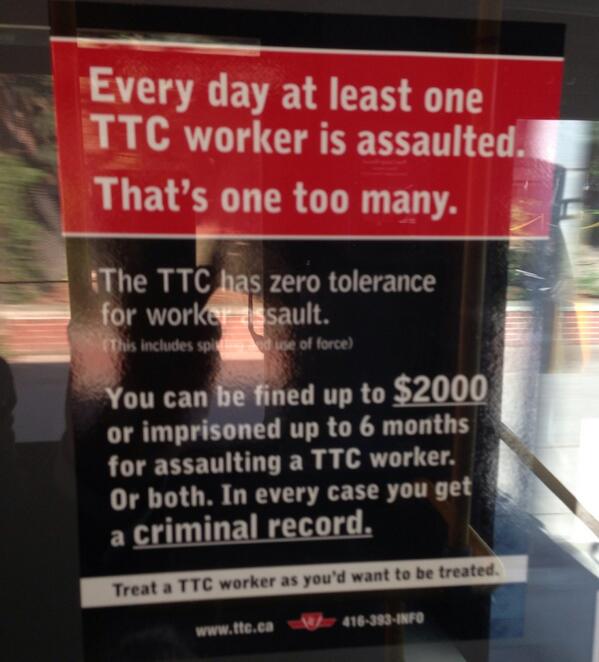 Every day? So much for Canadians being nice.

Methinks TTC workers would be assaulted less frequently if there was at least one subway line running east-west south of Bloor.

A problem on buses is passengers not moving toward the rear and creating a logjam at the front when people board.

Idea: Replace the aisle in a bus with a conveyer belt that gradually moves backward, like the floor of a rotating restaurant.