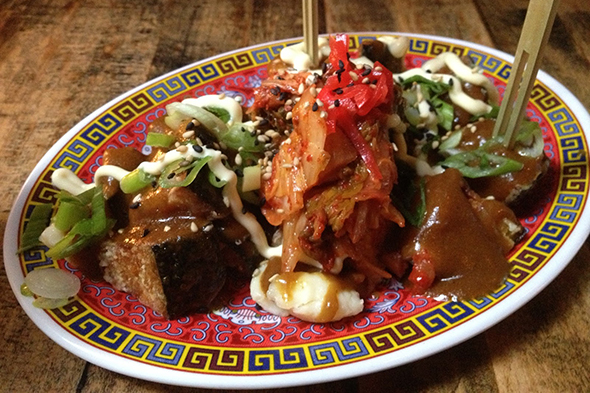 Oddseoul was the best place I ate at in Toronto, and its squash poutine was the best thing I ate in Toronto. The cubes of squash were shockingly crisp.

Its wings were shockingly crisp too – and portioned generously. 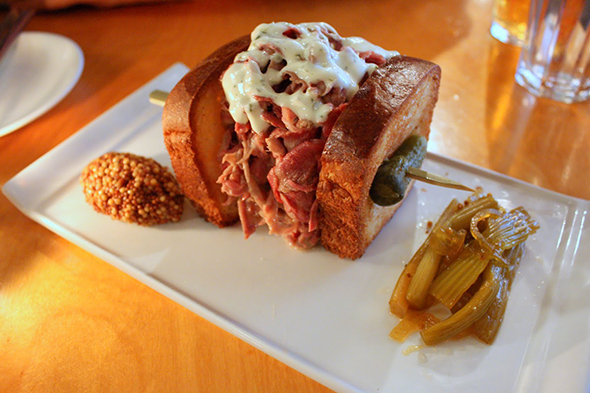 Tongue on Brioche (The Black Hoof) 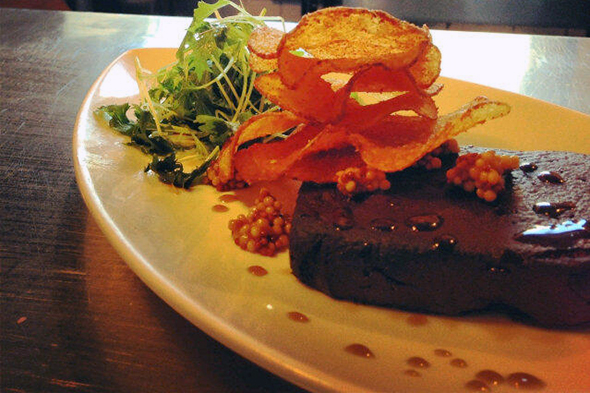 I've actually eaten raw horse before – horse sashimi at a hotel in China. 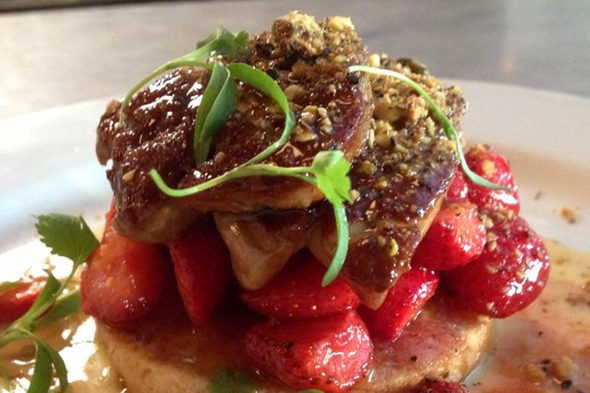 Also: I didn't expect to see a restaurant kitchen equipped with a single-oven electric range. 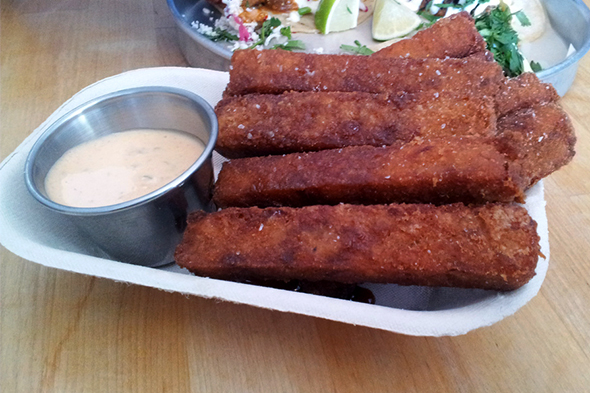 I couldn't really discern pig face. If I didn't know that they contained pig face, I would've guessed that they were polenta fries deep-fried in rancid oil.

I had to try Top Chef Canada season two winner Carl's restaurant. His burger was fine. The accompanying fries, though… [drools] 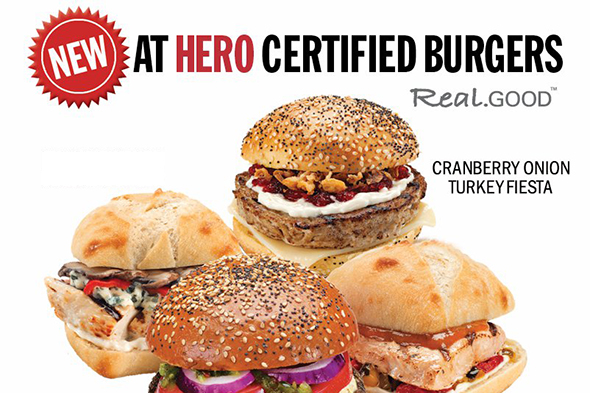 With a name like that, I had to try it. It was alright.

Did a hero certify the burgers? Or did, like, a notary public certify Hero's burgers? 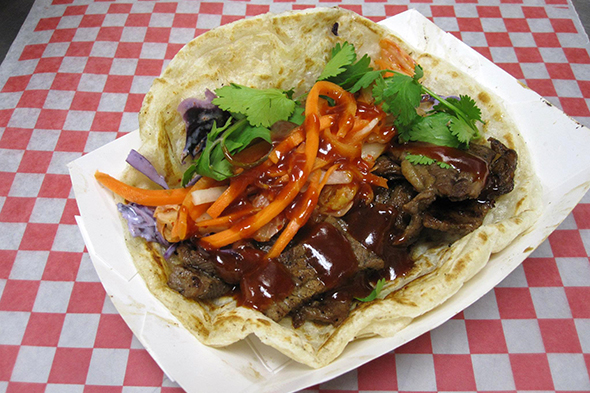 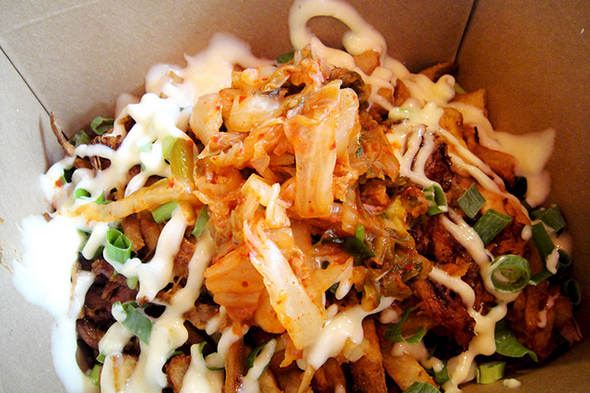 Plain mayonnaise as the only sauce was a struggle. 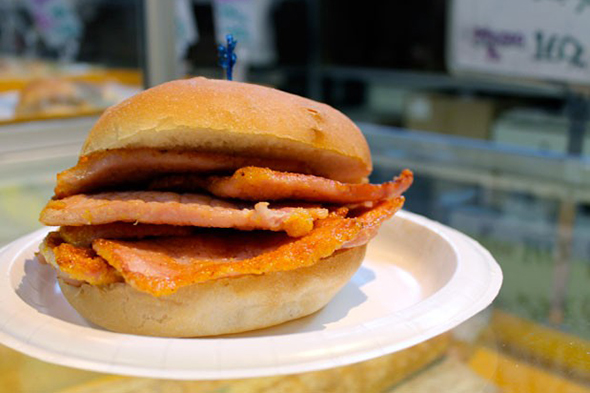 "Toronto's iconic sandwich." I imagined a panelle sandwich with strips of bacon, but no, it's just a basic pork sandwich.

More like Killer Ham Hocks and Some Other Shit. 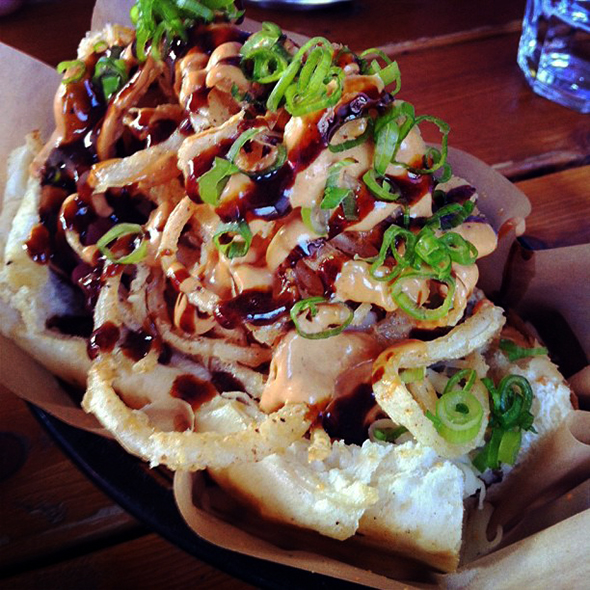 Eh…not so good. Resistant – and sour! 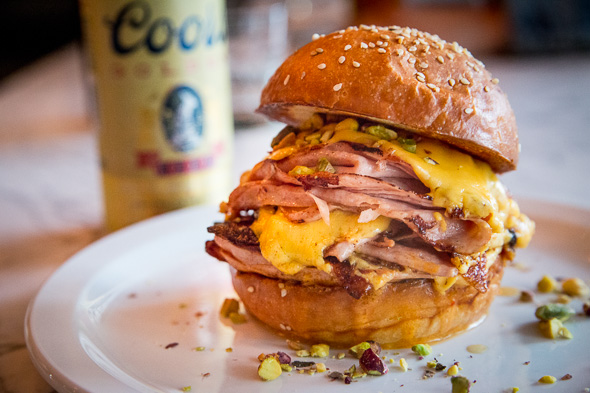 Home of the Brave is an America-themed restaurant in Canada. The employees wear shirts emblazoned with Benjamin Franklin's "Join, or Die" cartoon.

I had to psych myself up to eat bologna with American cheese, but was reminded of why I consumed so much of both as a child. 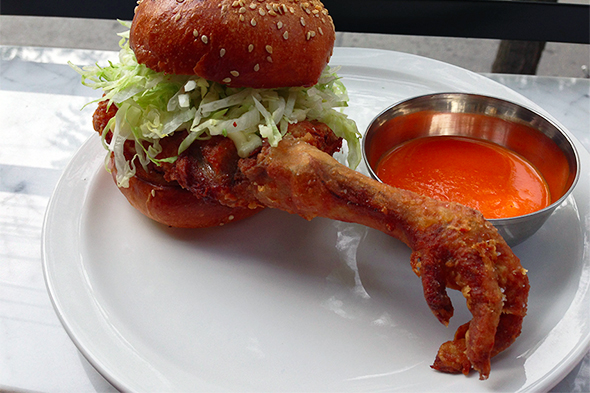 The foot is just for show. You're supposed to cut it off before eating the sandwich. 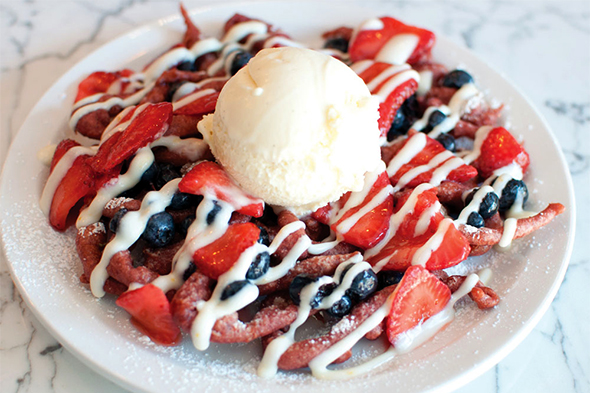 Chocolate Apricot Rugulah (Phipps Bakery)
Eat this, not that.

Terrible name, addictive treat. I'm currently figuring out a way to import them.