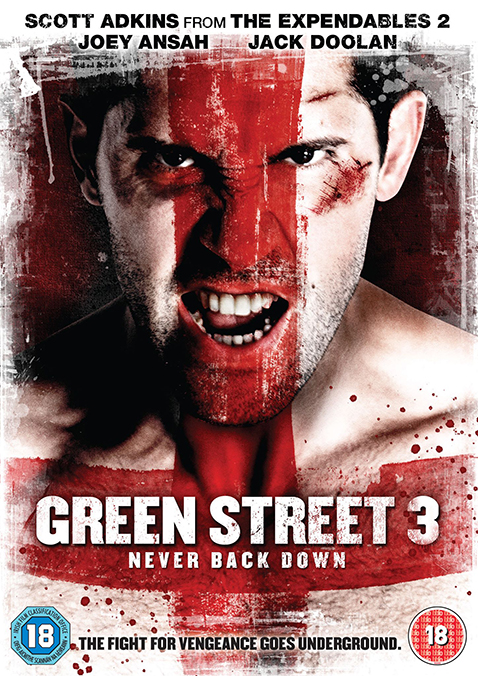 14 years after turning his back on the Green Street Elite and getting into mixed martial arts, Danny Harvey's world is shattered when his younger brother Joey is killed in what seems to be a pre-planned fight. With no leads to go on, and determined to seek justice, Danny is forced to re-enter the world of organised football hooliganism in order to find out the identity of his brother's killer and mete out revenge in the only way he knows how. [source]

However, since Danny's departure, the rules of hooliganism have changed. Danny learns that the hooligans now compete in an underground-style tournament pitting five on five. [source]

I like how each sequel to Green Street [Hooligans] strays further and further from the original film.

Green Street 4: The World Warrior. When West Ham qualifies for the Champions League…

Does a hooligan fighting game exist? FIFA vs. Capcom.