Jon: Hey mommy.
Mom: He lives!
Jon: Heh.
Mom: To what do I owe the pleasure?
Jon: I have a problem.
Mom: Okay…
Jon: I… Uhhh… Heh. How do I say this? [clears throat] Bloody semen.
Mom: What?
Jon: I, you know, aaaaaand it was bloody.
Mom: You ejaculated blood?! Like, a severed artery?
Jon: No! No… Picture…lightly-mixed cherry Fage yogurt.
Mom: Coming out of your urethra.
Jon: Erm, yes.
[pause]
Mom: I told you to stop running so much.
Jon: Mommy, running doesn't make your penis bleed! You're thinking of nipples! I suspect it's another kidney stone.
Mom: Alright, well, Jimmy's dad is a urologist. I'll consult him. 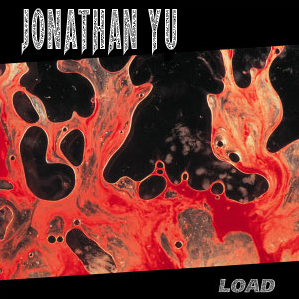 Wikipedia » Fissure of the nipple

Cello scrotum is a hoax medical condition originally published as a brief case report in the British Medical Journal in 1974.

The original letter was written by Dr Elaine Murphy but signed by her husband as a joke to compare with a previous letter regarding guitar nipple, a condition reportedly occurring when some styles of guitar playing excessively irritate the player's nipple, which Murphy and her husband believed was likely a joke. 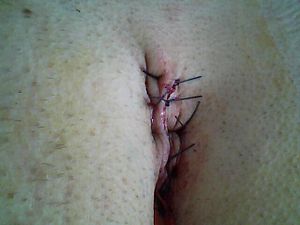