Ice Cube and the cast of Black-ish.

Kevin Hart and The Rock.

Has Kevin Hart ever toplined a film by himself?

The Creed house is tacky.

Heh. The Warriors are beating the Clippers by 27. 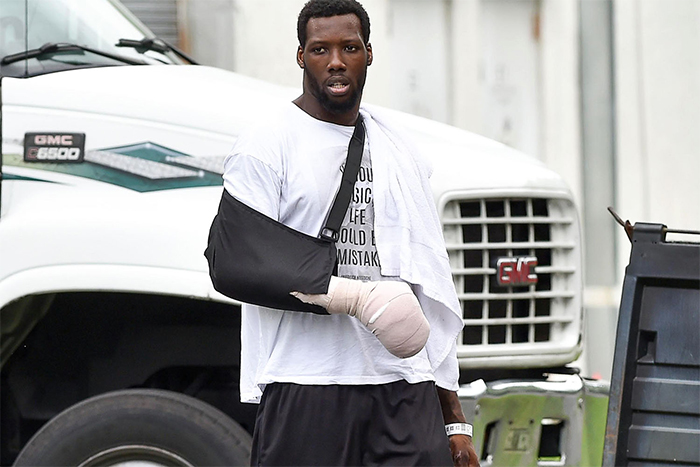 How many people are gonna do pull-ups on the Schuylkill Banks Boardwalk's pergolas now?

Why is Mary Anne Creed's television tuned to ESPN? Was she watching Around the Horn?

Idea: Rosencrantz and Guildenstern Are Dead, but with the Mexicans who work at Rocky's restaurant.

The music supervisor doubled down on Meek!

Stallone: "Fuck this chemo hair make-up. I'm just gonna wear a beanie for the rest of the film."

Ricky Conlan is The Undertaker.

Ricky Conlan got a loaf of bread.

Is that swollen eye make-up?

How has Adonis not been to the steps before? One of his first stops in Philadelphia was the Rocky statue, which is right next to the steps!

A post-credits scene in which Ivan Drago enters the Front Street Gym.

Idea: A reboot of Bad Boys starring Michael B. Jordan and Drake.