In Super Mario Bros. 2, you dig paths through sand. 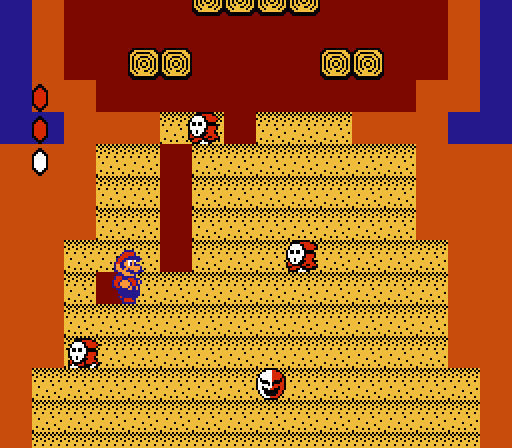 The sand, however, just disappears, when it should be displaced.

Rory: Did you never finish the game? It was all a dream.

Idea: A three-dimensional Mario game in which Mario can enter any character's mind. The worlds in the game are characters' minds. Super Mario Inception. A modest home world is, in fact, a labyrinthine nesting doll of worlds to explore. It's an open world as concentric circles.