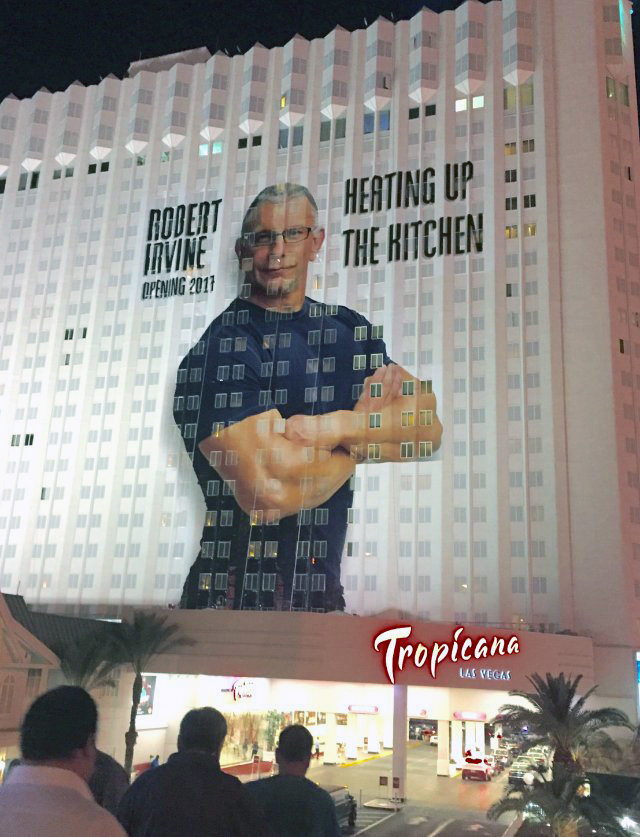 What if his restaurant struggles?

Vegas's got America's Got Talent talent.

The Spa at Monte Carlo's specialty treatment is "the champagne and caviar facial, which reduces fine lines."

Radiohead has only played Vegas twice, "opening for Tears for Fears in 1993 at the Aladdin—where a furious Thom Yorke reportedly kicked out half the stage lights—and again in 1995 at the old Joint, during a problem-plagued tour with Soul Asylum." #LastTimeTrumpPaidTaxes

Pikachus are the new Olafs. I saw two Pikachus side by side outside The Linq. Olafs aren't going away, though.

Where does one get an adult-sized Pikachu costume?

"When I grow up, I want to be a gondolier in an artificial indoor canal."

The restaurant in Trump's hotel is named "DJT."