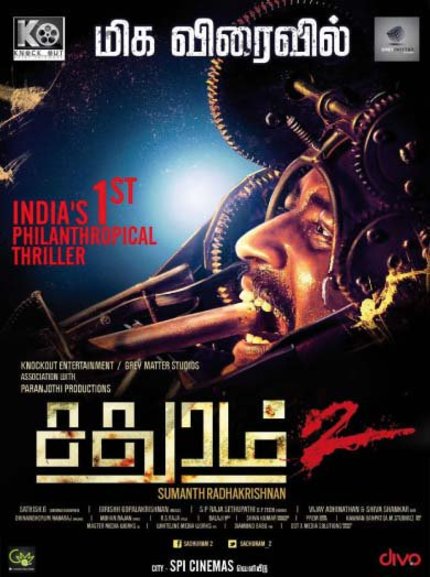 "India's first philanthropical thriller" is an adaptation of the Saw franchise.

Sadhuram 2 is not a sequel, but the first film of a potential franchise.

What was the last film sequel to use Roman numerals in its title? The Hangover: Part III?

Film Idea: A holiday screening of Die Hard at Grauman's Chinese Theatre with Bruce Willis in attendance is disrupted by heavily-armed Germans who believe that Die Hard is not a Christmas movie. The Germans secure those inside the theatre as hostages, except for Willis, who manages to slip away.