X-Men: First Class, Rise of the Planet of the Apes, Prometheus…

20th Century Fox: What other IP do we control?

The mythology of The Conjuring has expanded into a fully-fledged universe thanks to 2014's Annabelle — a Conjuring prequel about that film's possessed doll, and last year's The Conjuring 2.

A second Annabelle film is due out this Friday, while The Nun, a solo film for a supernatural character introduced in The Conjuring 2, recently wrapped. Wan is also developing a second Conjuring 2 spin-off, The Crooked Man, as well as The Conjuring 3. [source]

The Doll
one week

The Crooked Man
one day

The Nun
one hour 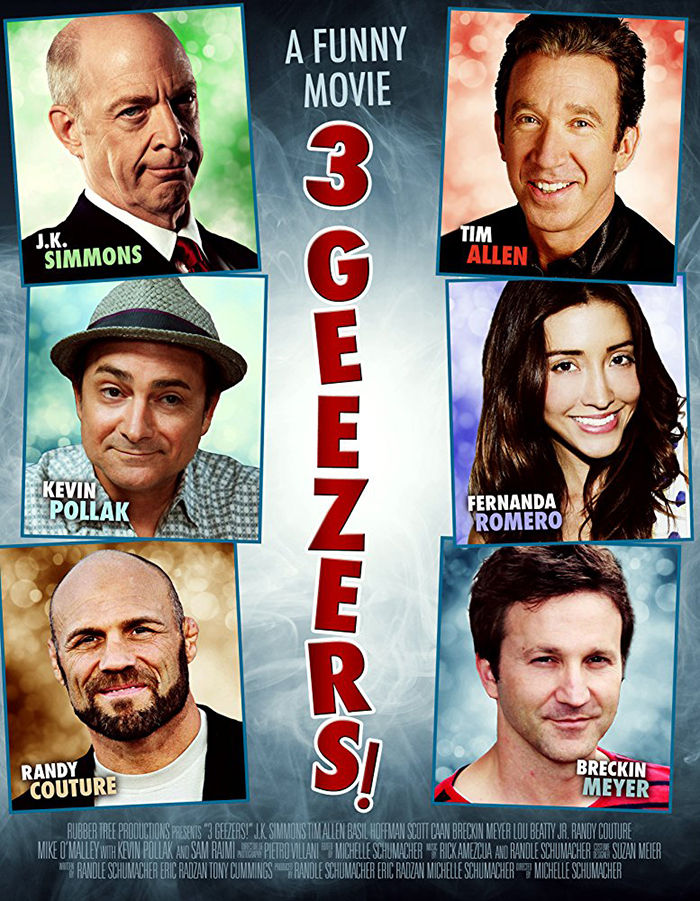 Sam Raimi is in this?!

Q: Which three are the geezers?

Follow actor J Kimball as he researches what it's like to be old for a role in an upcoming movie. [source]

J.K. Simmons plays J Kimball. The oldest man on the poster is not one of the geezers!