Barenaked Ladies will sing the Canadian national anthem prior to tip-off [of the] 2018 NBA All-Star Game. [source]

Is this "hold my beer"-ing Kid Rock?

I feel like the same people play in the NBA All-Star Celebrity Game every year. It's like Rolling Loud. 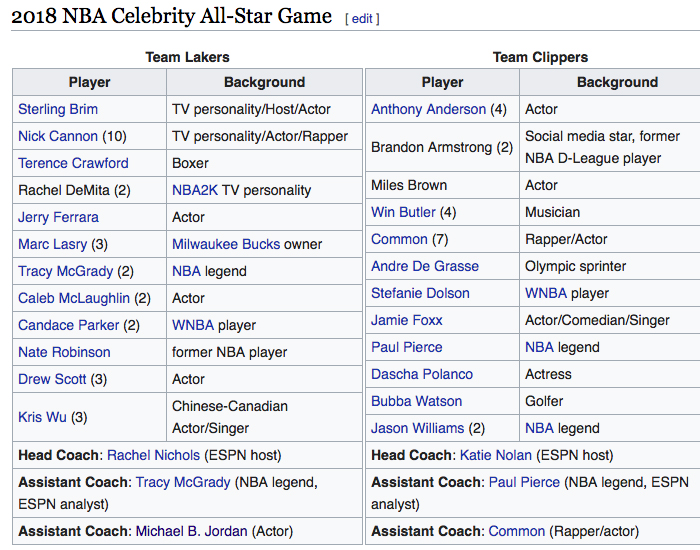 Yup. Over half of this year's participants are returning celebrities. Nine played in last year's game.

I wonder if previous participants get first dibs on roster spots.

Michael B. Jordan played in the 2014 game. I assume he's just coaching because of Creed 2 insurance reasons.