"He helped make Kobe Beef known throughout the world," he said.

Kobe got his name, the legend goes, after his father ate Kobe beef during a visit to Japan and loved the taste.

Tanimoto, who watches NBA games on TV but never met Bryant, said people know the story of how Bryant got his name.

"We have always felt a closeness to him." [source] 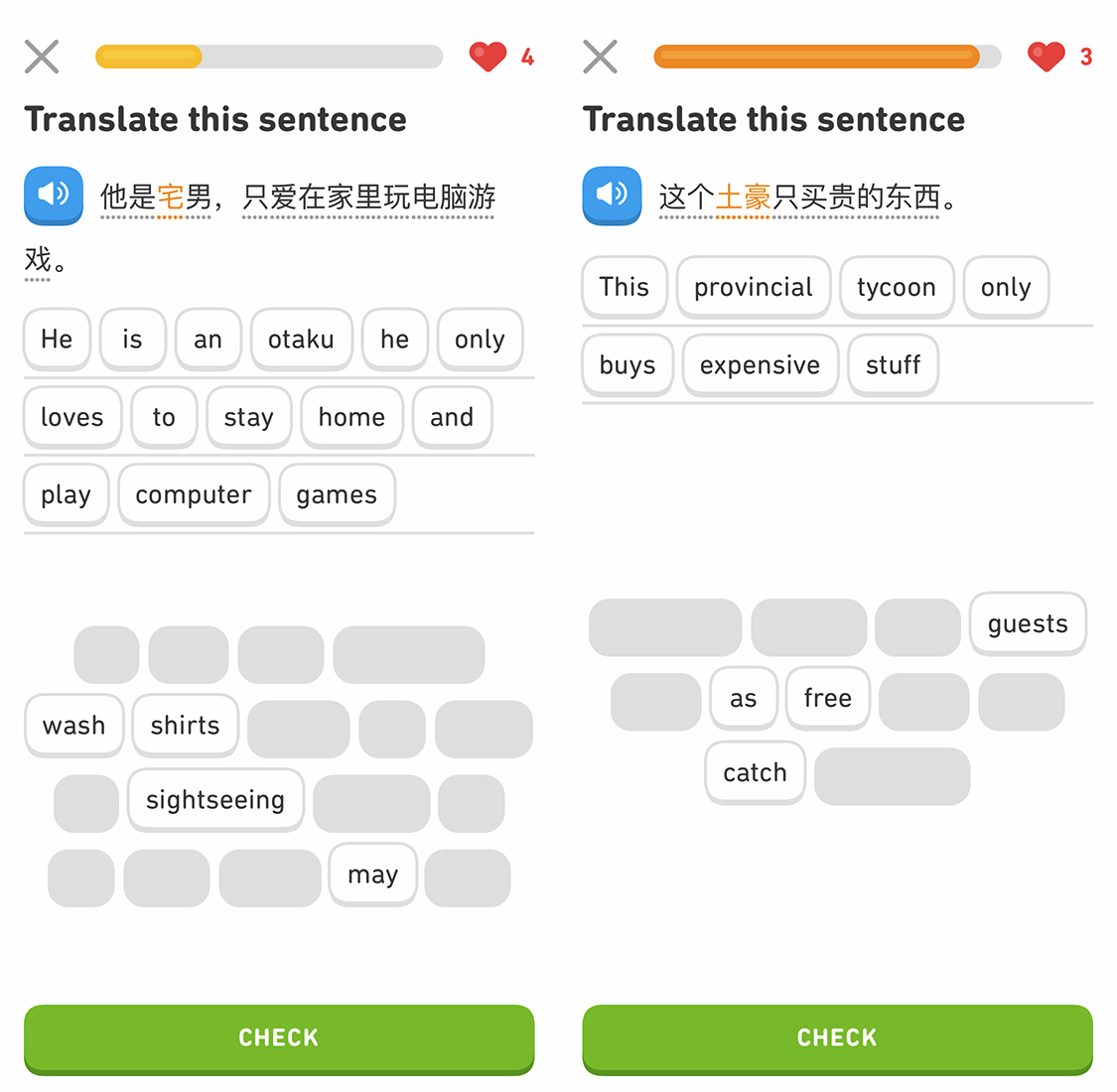 Day 66 on Duolingo, learning Chinese for the third time – simplified Chinese this time, though. I didn't recognize my own name at first.

Most of Duolingo's users seem to be learning either English or a banal European language.

You earn 15 points for completing a lesson. Users with 10,000+ points top my weekly leaderboard. Do you have no lives? I wonder.