The NFL announced today that Kings of Leon will open festivities at the Draft Theater in Cleveland on Thursday, April 29 as part of the NFL Draft Concert Series presented by Bose.

The Cleveland Metropolitan School District's All-City Choir will perform a special rendition of "Lift Every Voice and Sing."

Cleveland local cover group The Sunrise Jones will serve as the House Band and will provide entertainment in between Draft selections. [source]

Banijay Rights' Fabulous Dads, a Danish show in which sons bond with their fathers by teaching them how to become Drag Queens.

Nippon and ITV Studios' game show Stacking It!, which sees families compete to build the biggest towers of consumer goods, with the winning team taking home their stack. 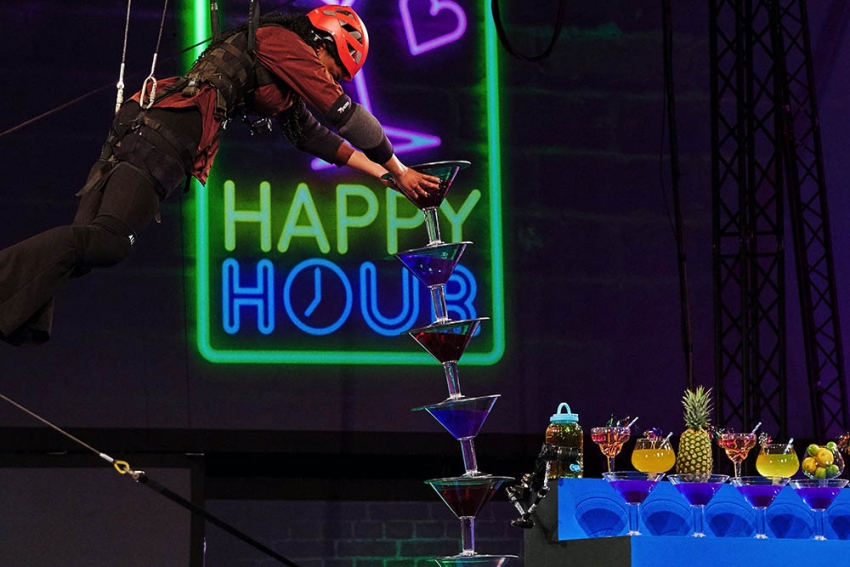 Who wants to take home a bunch of giant martinis?

I assume the challenge was to stack on top of a slanted glass, because…

Stacking It! is the latest format the two organisations are collaborating on, following the announcement last year that ITV Studios had acquired the international production rights for Nippon TV's game show format Red Carpet Survival. [source]