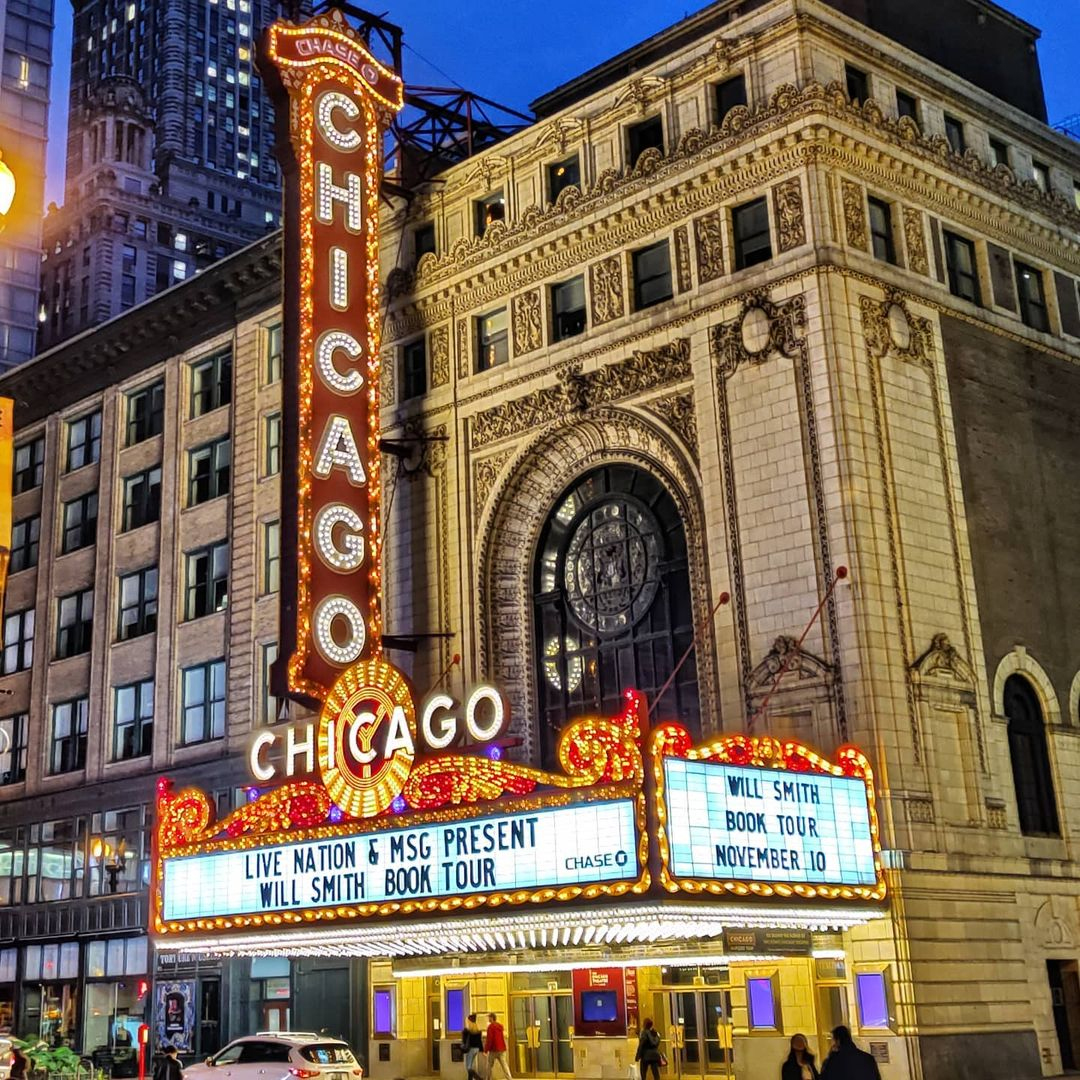 And what's this next to the legendary Chicago Theatre? 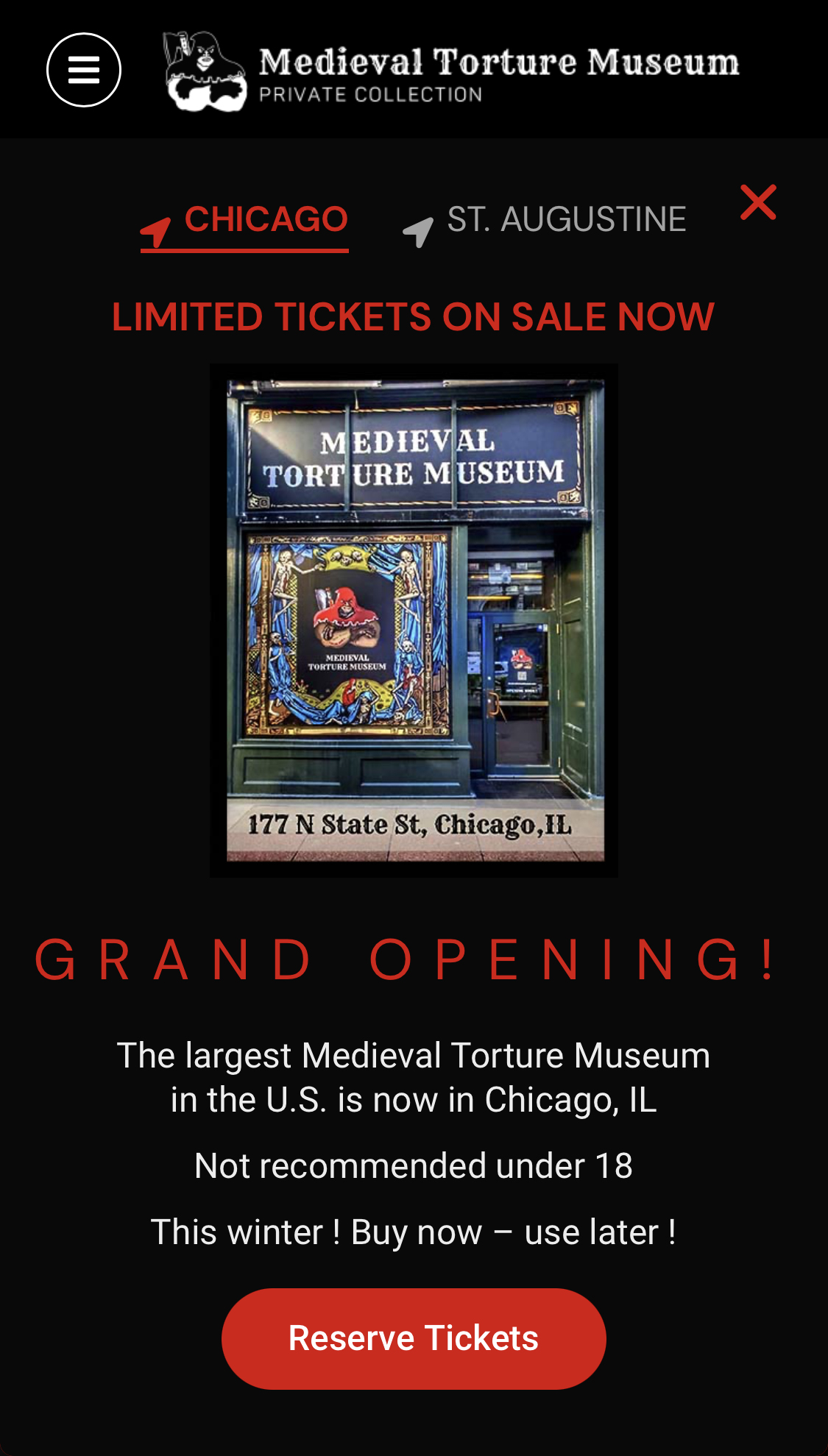 The Medieval Torture Museum is the largest interactive torture museum in the United States, displaying a private collection of torture, execution and restraint devices.

History
The idea of creating a museum where visitors could feel the emotional side of the torture chamber was inspired by a visit to the torture museum in the Czech Republic, where there was only old dilapidated equipment that was exhibited behind glass, which did not instill a natural, emotional reaction.

Awards
In 2019, the Florida weekly FOLIO published a rating "Best of Saint Augustine 2019," in which the Medieval Torture Museum took 4th place in the Best Museum nomination.

The museum received a Certificate of Excellence from the TripAdvisor platform, which is issued to accommodations, attractions and restaurants that consistently earn great reviews from travelers.

And what's this next to the Medieval Torture Museum? 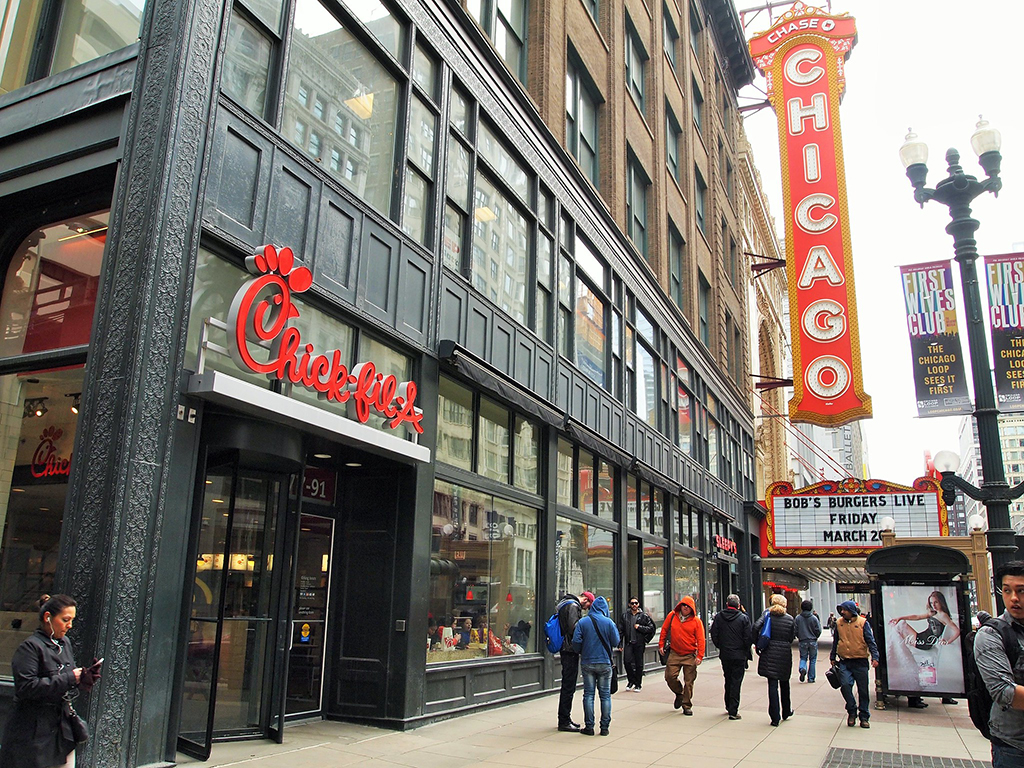