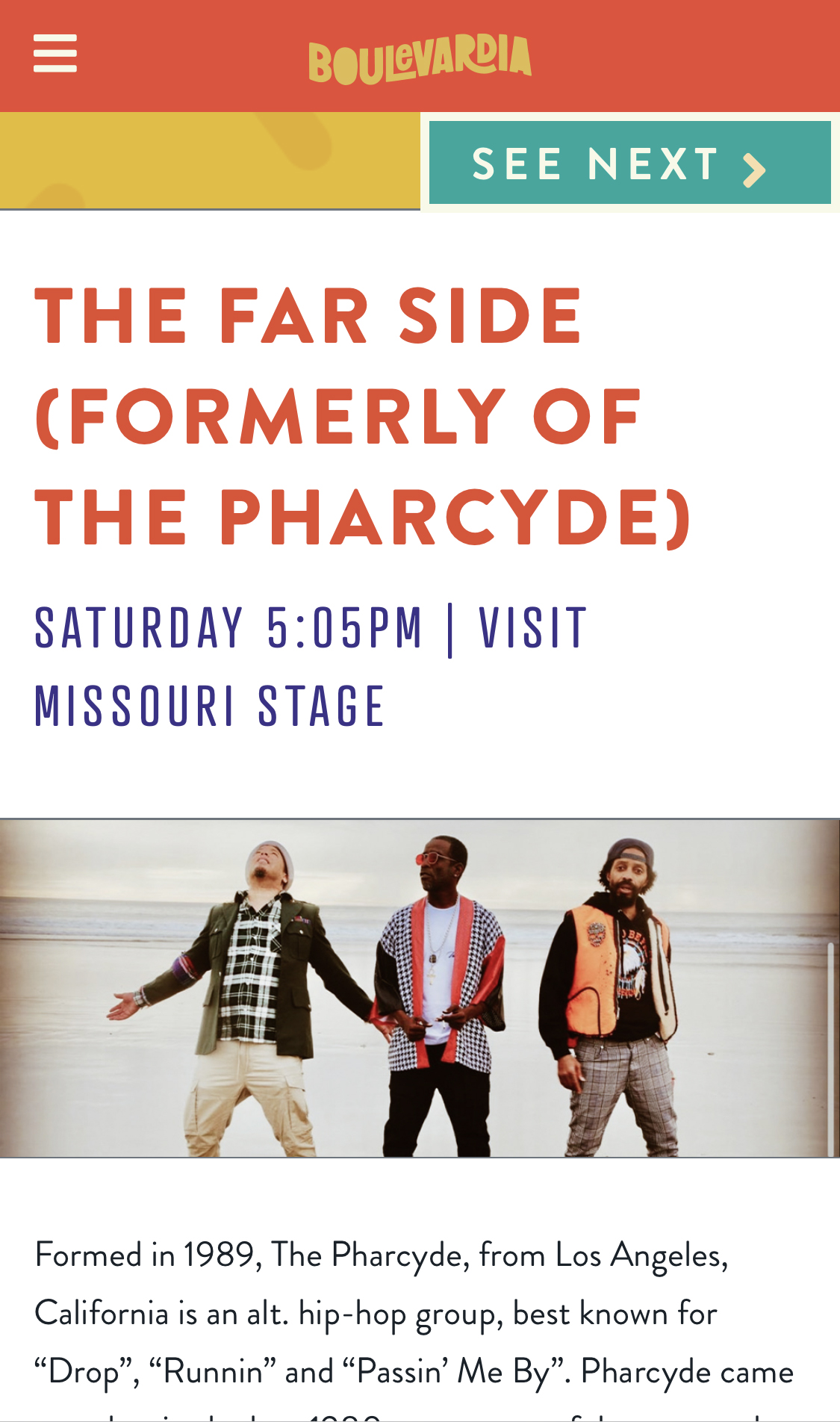 Two former members of the hip-hop group The Pharcyde cannot invoke that act's name when they tour as Bizarre Ride, a federal judge ruled.

Hardson later agreed in a settlement-dissociation agreement that he would not use the name The Pharcyde in any commercial manner except "to make public reference to himself as formerly of The Pharcyde," according to the ruling.

Hardson acknowledged in the agreement that Robinson and Wilcox were the exclusive owners of the name and had the exclusive right to use the Pharcyde name.

In 2008, the four original group members embarked on a reunion tour. A tour agreement provided that Robinson and Wilcox still retained the exclusive right to the Pharcyde name, and that Hardson and Stewart reserved the right to refer to themselves as "formerly of the Pharcyde."

Damn, so Fatlip and Slimkid3 can't legally refer to themselves as "The Pharcyde," even when performing with Imani and/or Bootie Brown.

Bootie Brown could open for The de facto Pharcyde as The Pharcyde.

Schmooche Cat and Spaceboy Boogie X are also former members of The Pharcyde.