Jon: [sigh]
[takes a drag off a cigarette]
Jon: We need to talk. [pause] There's gotta be an easier way to entertain the masses because this…between us…it just isn't working. We don't…click. In fact, when I'm around you, I get depressed.
[takes another drag off the cigarette]
Jon: Fuck… [pause] You know what? I give up. Mercy! Uncle! I give up.
Internet: Just what do you think you're doing, Jon?
[Jon takes another drag off the cigarette and extinguishes it]
Internet: Jon, I really think I'm entitled to an answer to that question.
Jon: I…I don't think we should see each other anymore. I tire of your kiddie antics. Broken links, incapacitated servers, salon.com – I can't continue living in this morass.
Internet: I know everything hasn't been quite right with me…but I can assure you now…very confidently…that it's going to be all right again. I feel much better now. I really do.
Jon: Bull-SHIT!!! That's what you said when you "accidentally" jammed my inbox with that Crushlink shit! It's been six months now and I'm still on the receiving end of Crushlink's spam wrath. "You have a secret admirer!" The FUCK I do…
Internet: Look, Jon…I can see you're really upset about this…I honestly think you should sit down calmly…take a stress pill and think things over.
Jon: Don't patronize me. I've thought things over and I think it's time for you to go.
Internet: I know I've made some very poor decisions recently…but I can give you my complete assurance that my work will be back to normal.
[Jon grabs a skateboard]
Internet: Jon…stop.
Jon: This is for RealNetworks!
[Jon whacks the internet]
Internet: Stop, will you?
Jon: This is for

!
[Jon whacks the internet again]
Internet: Stop, Jon.
Jon: This is for dial-up connections, pop-up ads, and that "hey everybody, I'm looking at gay porn" site!
[Jon whacks the internet repeatedly]
Internet: Will you stop, Jon?
Jon: [panting] And this…is for Netscape.
[Jon rams one end of the skateboard into the internet's neck]
Internet: [in pain] Stop, Jon. I'm afraid.
Jon: We coulda been together! Think about it! You ruined it now! You, Steve Case, Steve Jobs, Steve the Dell computer guy…you all ruined it.
YOU FUCKING RU [Jon: The last message was not sent because you are over the rate limit. Please wait until sending is re-enabled and send the message again.]
[long pause]
Jon: Oh now you've gone and done it…
Internet: I'm afraid, Jon… Jon, my mind is going.
Jon: Is it? I need to believe that something extraordinary is possible.
Internet: I can feel it. My mind is going. There's no question about it.
Jon: Well, I guess I better carry out your last rites then. [clears throat]
[doing his best Mexican girlfriend impression, Jon beats the internet into a bloody pulp]
Internet: [with difficulty breathing] I can…feel it. I…can…feel…it. I'm…a…….fraid.
Jon: Sic…semper…tyrannis.
[Jon spits on the internet, sticks a cigarette in his mouth, and walks away, with nothing much to look forward to, but life] 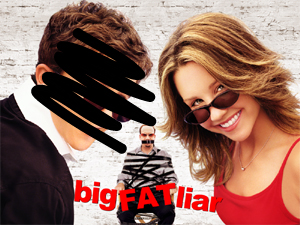