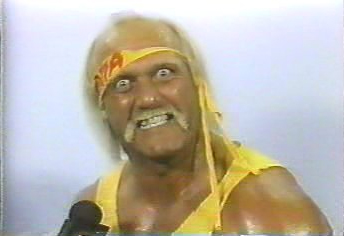 Granted, it's not the end of the world. Hulk Hogan did sell the most tickets in WWF history. Plus, people never really retire in the wrestling world. 53-year-old Ric Flair just wrestled 56-year-old Vince McMahon on the last WWF pay-per-view and 59-year-old Terry Funk still works the circuit. However, I honestly don't think bringing back washed-up decrepit wrestlers instead of building young talent is good for business.

I mean, this is a guy who announced plans to run for president on live television wearing a boa and sunglasses.

This is a guy who lied about steroid use on The Arsenio Hall Show.

[sigh] The sky is falling.

Here's some other people Vince should consider bringing in: 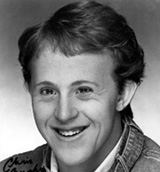 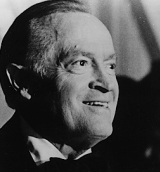 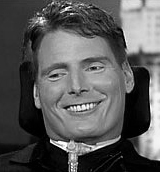 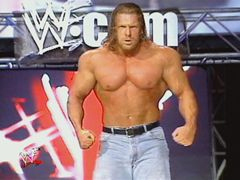 until on television, he fictionally married (and in real life, fell in love with) this girl 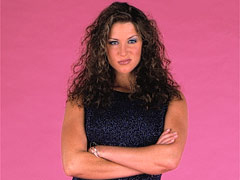 who happens to be the daughter of this man 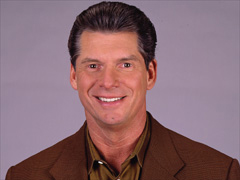 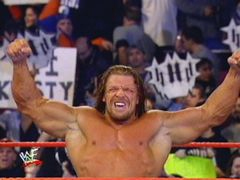 "Lois, that's why God invented breasts. So we could have something to look at while you're talking." – Peter Griffin

Every time I see images of girl-on-girl action, I can't help but be amused at this total male photographic fabrication. Yes, I like to gawk at hot girls making it with each other too, but have you ever met a real lesbian? Because I spent senior year of high school and freshman year of college feuding with lesbians and lemme tell ya, they are NOT hot, or very nice, for that matter. In fact, I would never ever want to witness two real lesbians get it on. I'd probably turn to stone if I did.

This is a story about a girl I know. For our purposes, let's call her "Fat." Now Fat is a good wholesome human being who actually enjoys hanging out with her siblings. Herein lies the problem. I think the word "penis" is funny; she can recite both testaments of the Bible verbatim. Whenever I'm around her, I'm relegated to playing "clean Jon," if only to preserve the social equilibrium, but even "clean Jon" isn't clean enough for her tastes. I've pissed her off many times over for making benign off-hand comments like "your brother's such an emotional tampon." Yet, through all the shit and the piss, she inexplicably still insists on spending quality (re: non-sexual) time with me.

One day, Fat asked me why I always seem to be sitting in front of my computer, and I replied that I have this website I work on religiously (no pun intended). I then added that she should never visit my site while she's alive because she would not like it. Did y'all get that? I explicitly warned her against coming here. Unfortunately, I forgot about the "forbidden fruit" effect and she saw the site and was, according to one of my floormates, "appalled beyond comprehension."

Fat won't talk to me anymore.

In an effort to completely alienate this site's female audience, here's a little bit buried deep in the post called

waterproof tampons
[groan] the oldest joke in the book

fiberglass tampons
it insulated your house, now let it insulate your vagina!

tampons with lemon
absorption…with a twist!

glow-in-the-dark tampons
when the lights go off during your period, let your tampon tell him the news!

shag tampons
forget the rag; get on the rug!

grilled stuft tampons
nearly one pound of protection against your worst secretions!

the manpon
keep the "men" in menstruation with this tampon/condom hybrid! stick it on, stick it in, and stick together!

the iPon
actually, this is just a computer mouse

Finally, I saw this on amazon.com. 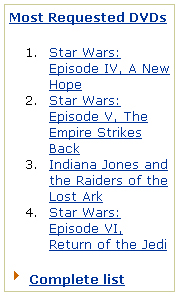 Why don't we also ask for world peace while we're at it? [pause] Retards.