A boilerplate David Lynch enigma wrapped in a dreamy riddle wrapped in girl-girl action. Originally conceived as a series for ABC and reworked as a feature once the network backed out.

Okay, either I'm really stupid or David Lynch is really weird. A mess with flashes of tossed-off beauty. 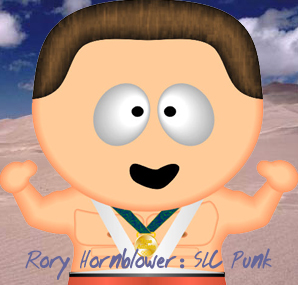 Rory: Hello.
Jon: What the? Where are you, Hornblower? What happened to the snow?
Rory: I took the world's longest piss last night and melted it all away.
Jon: …
Rory: Actually, I'm in Arizona.
Jon: Arizona? What are you doing in Arizona? You're supposed to be at the closing ceremonies!
Rory: Heh. Funny story…
Jon: Oh no…
Rory: Last night, a couple reporters and I went out and kinda got…uh…wasted…and then decided that it would be fun to play capture the flag with that flag…you know…that American flag recovered from the WTC ruins…and…uh…to make a long story short…security kinda…well…kicked us out.
Jon: You got kicked outta the Olympics one day before graduation?
Rory: That's one way to look at it. I prefer to think that I valiantly emigrated from the Olympic premises.
Jon: Roight. [pause] So why are you in Arizona again?
Rory: Well, I had one day to kill after valiantly emigrating, so I figured what the hell. Arizona's right below Utah. I've never been. I have a plane ticket. I'm-a go check it out.
Jon: That plane ticket's supposed to bring you back to Los Angeles, dumbass! How are you gonna get home now?
Rory: I dunno. Carpe diem!
Jon: Jesus ranch… What is there to see in Arizona anyway? The whole state's simply a failed version of California.
Rory: You're just jealous.
Jon: No, I'm not. I've been to Arizona. White people, Mexicans and palm trees. You can get all that in California…and with the added bonus of Disneyland!
Rory: Hold up. When did you ever visit Arizona?
Jon: Last summer.
Rory: Dude, you had a connecting flight in Phoenix. You spent a couple hours in the airport. Sky Harbor is not representative of Arizona!
Jon: You know, Arizona was the last state to ratify Martin Luther King Jr.'s birthday as an official holiday.
Rory: Uh huh…
Jon: And what do Diamondbacks fans spin in the air? White towels. Coincidence? I think not.
Rory: What does that have to do with you not liking Arizona?
Jon: Absolutely nothing. [sigh] So where exactly in Arizona are you?
Rory: Uhhh [checks map] Mesa, Arizona.
[pause]
Rory: Yeah, I'd never heard of it either.
Jon: Then what are you doing there?
Rory: Apparently, Jord lives here, and I'm kickin' it with him. Well, technically not kickin' it with him. More like standing outside his house in the burning sun.
Jon: JORD? Jord as in…WankerCounty Jord? That Jord?
Rory: Yep.
Jon: Does he even know who you are?
Rory: Not really.
Jon: So let me get this straight. In the last 24 hours, you got kicked outta the Olympics and flew to…uh…
Rory: Mesa.
Jon: …Mesa, Arizona on a whim to harass a guy you barely even know at his own house.
Rory: That sounds about right.
Jon: You're incorrigible. [pause] Well, where is he? Where's Jord?
Rory: He's inside the house.
Jon: Let's go meet him.
Rory: Can't.
Jon: Why not?
Rory: Heh. Funny story…
Jon: Oh no…
Rory: I got kicked outta Jord's house.
Jon: Whaaa?
Rory: Roll the footage.

Return of the Jordi

Rory: Hey everybody. I'm standing outside Jord's house right now and I'm about to surprise him with this giant fake check. Here we go!
[Rory rings the doorbell. Jord opens the door]
Rory: Jordan Charles Vogt-Roberts, you've just won the Publishers Clearing House sweepstakes!
Jord: Serious?
Rory: No. But take this fake check as a peace offering.
Jord: Do I know you?
Rory: I'm Rory Hornblower. Nice to meet you.
Jord: Look, I'm not interested in converting to Mormonism.
Rory: What are you talking about? It's me! Rory Hornblower!
[Jord gives Rory a blank look]
Rory: From adamriff.com!
Jord: Never heard of it.
[pause]
Jord: I'm just foolin' with ya. Haha. So you're Rory Hornblower, huh?
Rory: Yeah.
Jord: Can I see some ID?
Rory: ID? Uh…okay…
[Rory shows Jord some ID]
Jord: Excellent.
Rory: Yeah. Rory Hornblower. That's my name. Don't wear it out.
[long silence]
Jord: So what are you doing here?
Rory: Oh I was in the state and I thought I'd pay you a visit.
Jord: I see…
[long silence]
Rory: Can I…come in?
Jord: Uh……….sure…I guess. Come in. Come in…
Rory: Nice crib. Looks like something out of a sitcom.
Jord: Right.
Rory: So how you been, buddy?
Jord: Good.
Rory: You disappeared from the internet. Jon and I have been missing you. It's kinda hard with you not around. Know you're in AZ gettin' down. Every day we pray for you.
Jord: I've been…busy.
Rory: Oh? With what?
Jord: …stuff.
Rory: What kinda stuff?
Jord: Promise not to tell anyone?
Rory: I promise.
Jord: [whispers into Rory's ear] I'm Batman.
[long silence]
Jord: Wanna go see my room?
Rory: Okee.
Jord: This way.
Rory: Damn… This place is so…are those tapes of Sifl & Olly?
Jord: Yee. Bootlegs.
Rory: Sheeeit! How many do you have?
Jord: Dunno.
Rory: …5-6-7…hey, what's this? Bukkake Mushroom?
Jord: Now how did that get there? Darren must have planted it in my room. That assclown! Shame on him!
[phone rings]
Jord: Excuse me.
[Jord answers the phone]
Jord: [into the phone] Yo. Yee. Nine o'clock tonight. I can't do it any earlier. I'm meeting with someone to work on shit for school. It's a big English project. Yee. Oh I got some. Yee yee. Aight. Seeya later.
[Jord hangs up the phone]
Rory: My, that's quite a collection of deodorant you got there.
[Jord grunts]
Rory: Is this what a Gamecube looks like? Wow. It's so small!
Jord: Doesn't Jon have one?
Rory: Yeah, but he hasn't opened the box yet. Going on five months now.
Jord: You wanna play?
Rory: Sure.
Jord: I got Smash Bros. the other day.
Rory: Smashing!
Jord: …
Rory: So are you a virgin?
Jord: No. Pick a character.
Rory: I choose you, Pikachu!
[Jord and Rory play Smash Bros.]
Rory: Whoa! What was that?
Jord: A built-in dual-shock rumble thingy. All video game console controllers have one nowadays. Supposed to make a game more realistic.
Rory: Weird.
[phone rings]
Jord: Uh…just keep playing without me.
[Jord answers the phone]
Jord: [into the phone] Yo. Yee. Six o'clock tonight. I can't do it any later.
[Jord steps outside the room to talk]
Jord: No, I-I can't! I have to meet with someone to work on shit for school. It's a big English project. Yee. I got some. We're good. Aight. Peace.
[Jord hangs up the phone and re-enters the room]
Rory: I love this Gamecube machine!
Jord: Told your ass it rocks. Wait until Dinosa— THE FUCK IS THIS GOOEY SHIT ON MY CONTROLLER?

Jon: So he kicked you out for…
Rory: Yeah.
Jon: That's a nice way to foster relations. Maybe one day you can christen my keyboard.
Rory: Oh I've already done that. Many times over, in fact.
[pause]
Jon: What are you still doing outside his house? Are you loitering?
Rory: I'm Jord, er, bored. Man, you were right. There's nothing to do in Arizona.
Jon: I might be able to help. Do you have access to a water gun?
[garage door opens]
Jord: Get outta the driveway, Cockblower! I need to get out.
Rory: Hold on. I'm in the midst of taping a piece for the site.
Jord: Do you want me to call the cops?
Rory: I said hold on! Can you do that for me, Jord? Will you hold on a sec…for me?
Jord: No, I won't hold on, perv. Get outta my fuckin' driveway! NOW!
Rory: It's not your driveway. You didn't pay for it; your parents did.
Jord: Come again?
Rory: You didn't pay for this driveway.
Jord: I didn't pay for you to jizz on my controller either!
Jon: Hey Rory. Can Jord hear me?
Rory: Yeah.
Jon: Let me talk to him.
Rory: Aight.
Jon: JORD! This is God! Pardon Rory for his actions and he'll get outta your driveway!
Jord: Fuck off! I don't bereive in Yu.
Jon: But I'm God!
Jord: If you're God, then make me attractive.
Jon: [pause] Dammit! He blew my cover!
Jord: [to Rory] Okay. I'm getting in my car now and I'm-a start the engine. You best get outta the fuckin' way if you know what's good for ya.
[Jord gets in his car and starts the engine]
Rory: Just gimme a coupla minutes.
Jon: Jord, let him finish…
Jord: [sticking his head outta his car's driver's side window] Didn't he already "finish"? Or does he want to hump my car engine too? Is that it?
Jon: Jord…
Jord: [to Rory] Move, asshole! Do it! DOOOOOOOOOO IT!
Rory: No! You're not respecting me.
Jord: Don't make me go Israeli on your ass!
Rory: You and what army? Ha. Ha.
Jon: Rory…
Jord: My residency in Arizona deceives you. I ain't no scrawny emophiliac sissy. I was born and raised in Detroit, bitch!
Rory: And that makes you what? A ninja? Pfff! We all know you were born and raised in a pretty sheltered suburb OUTSIDE of Detroit…bitch.
Jord: You're wasting precious gas and harming the environment standing there.
Rory: Say you're sorry and I'll leave.
Jord: Say I'm sorry? For what? What do I have to be sorry about?
Jon: Guys…calm down.
Jord: Shut it, Baldy McChink.
Jon: What was that?
Rory: If you're not gonna say you're sorry, then come on, sleeping beauty. Run me over! I dare you! No better yet, I physical challenge you! Tiananmen Square my Amnesty Interasshole, boy!
Jon: [to Jord] Did you just call me Baldy McChink?
Jord: [to Rory] Be careful what you wish for! I'll fuck your asshole until it becomes a donkey asshole!
Rory: Fuck you, Jordan! You make me sick!
Jon: Fuckin' A! You motherfuckin' fuckstick! 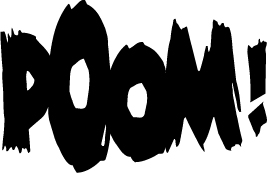